Following up from my previous Bowie inspired post, I decided to explore exactly how many designers have chosen to reference and pay tribute to the legend; David Bowie.

David Bowie’s profound influence on fashion became more apparent during these shows, with multiple designers from likes of Donatella Versace using their AW16 collections to bid a final farewell to the icon of style and music.

As the Milan Men’s shows came to a halt, we saw a recurring theme from each designer, whether intentional or not, we spotted bounteous references to the late musician.

‘I didn’t want to just do a collection with organic cottons and dyes and recycled fabrics and be kind of bland. I wanted strength.’

Although Bowie’s influence was not as heavily evident in the designers AW16 collection, the song ‘Right’ from Bowie’s ‘Young Americans’ album was soundtrack to the show. 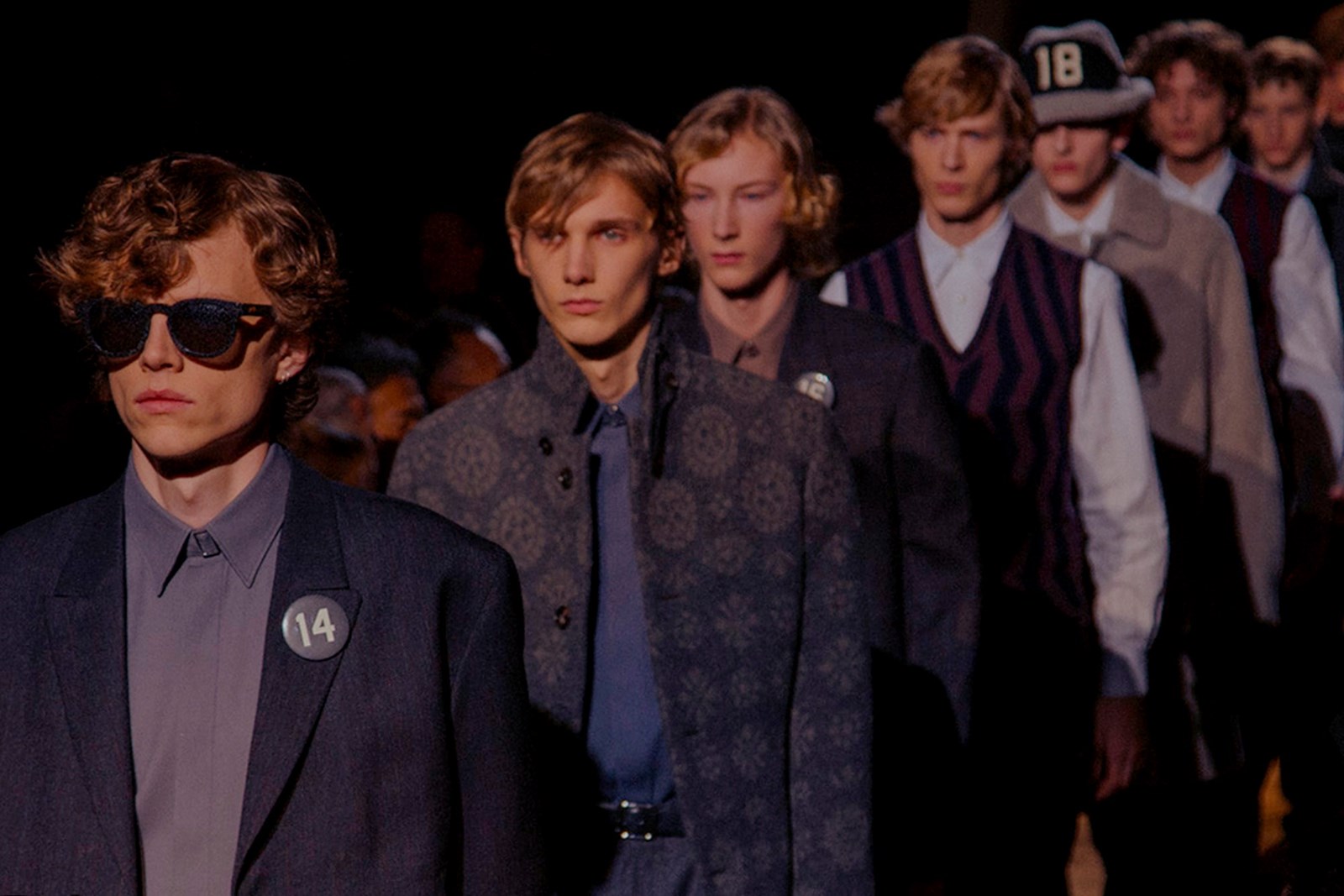 Donatella Versace had space in mind when designing her AW16 offering.

“V-E-R-S-A-C-E”. The spelling of the fashion house’s name played soundtrack to the event, while models adorned in Starfleet insignia brooches, metallic fabrics and a heavy use of astrological prints took to the catwalk.

“This is a collection for men who are totally real, totally bold and totally connected with the future.”

‘Space Oddity’, Bowie’s 1966 song accompanied the Star Trek-inspired models as they arrived at the space-age catwalk for the final time. 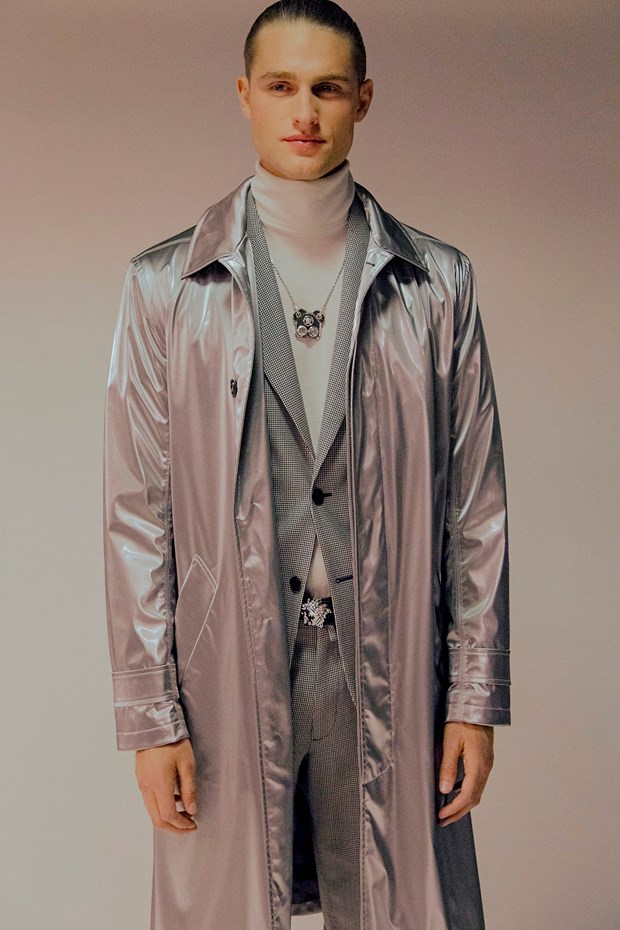 The aesthetic was heavily influenced by his own wardrobe, in particular, referencing the nylon anoraks he wore in his youth.

Soundtrack to the show was a remix to the 2002 Bowie track; ‘A Better Future’, reflecting his hopes for a brighter future for the younger generation of today. 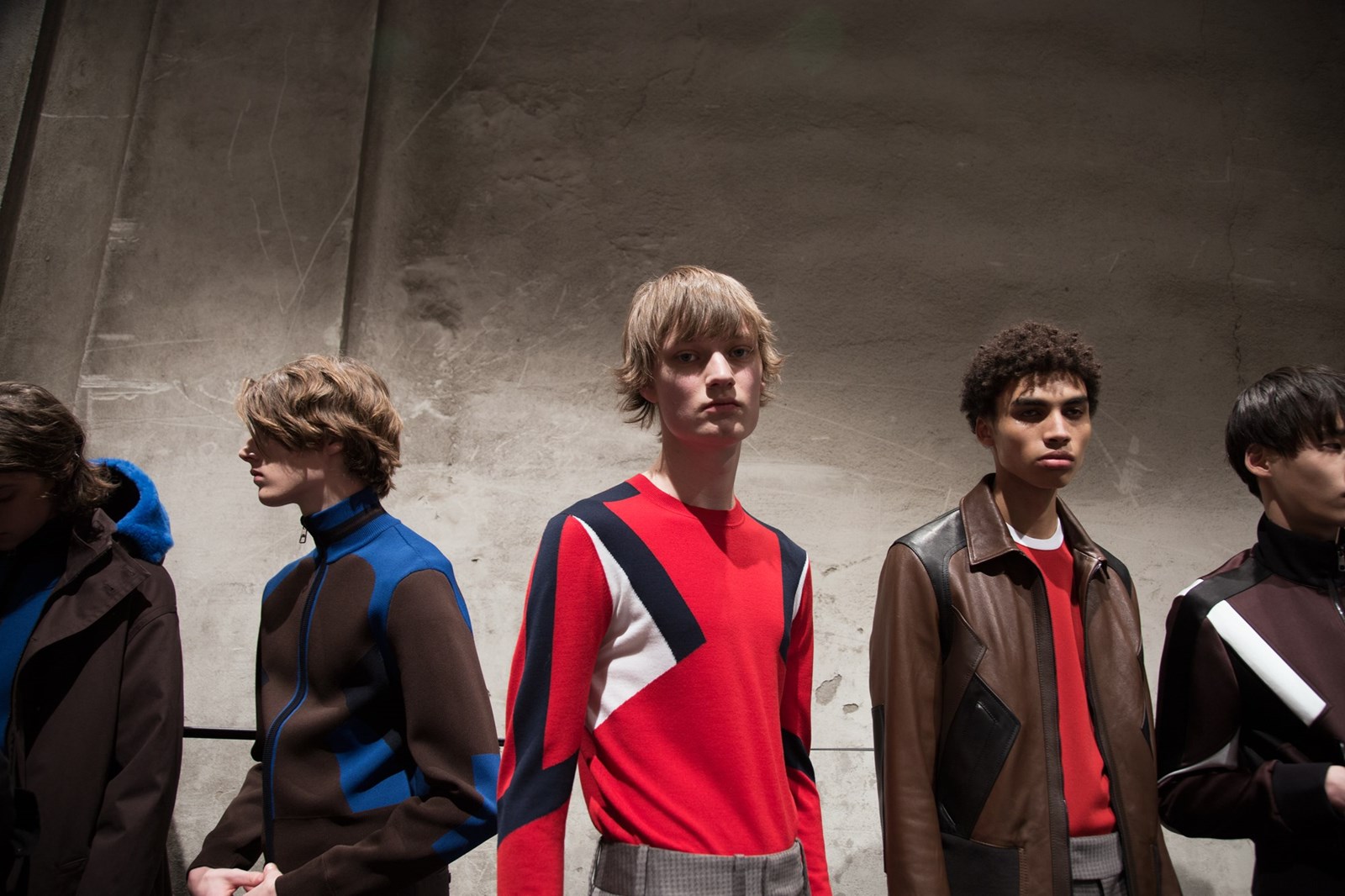 Philip Plein was holding out for a hero while designing his latest collection.

“We live in a world where terrorists and terrorism are really affecting our daily lives,”

“What happened in the last few months was terrifying and people are hoping that there’s someone coming who will rescue us.”

This translated into what can only be described as a superhero-themed collection. Models headed down the runway in Batman sweatshirts accompanied by Bowie’s 1979 hit ‘Heroes’. 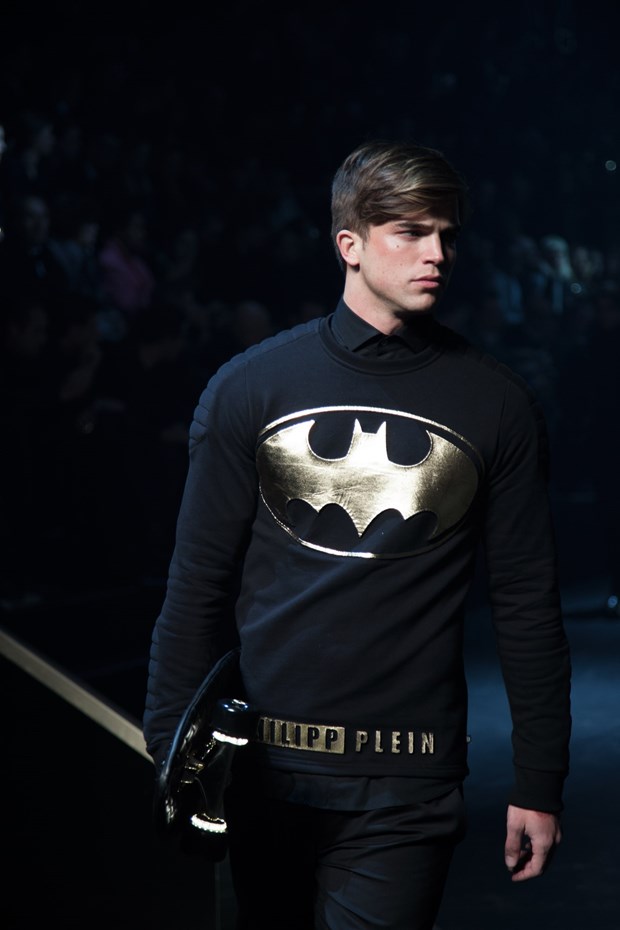 ‘You have a more interesting life if you wear impressive clothes.’

The Stardust-esque AW16 collection entitled ‘Be Specific’, while technically menswear, was heavily influenced by womenswear. Taking heavy inspiration from Bowie’s gender defying alter ego; Ziggy Stardust, the androgynous models walked to the sound of ‘Starman’ from Bowie’s 1972 album; ‘The Rise and Fall of Ziggy Stardust’. 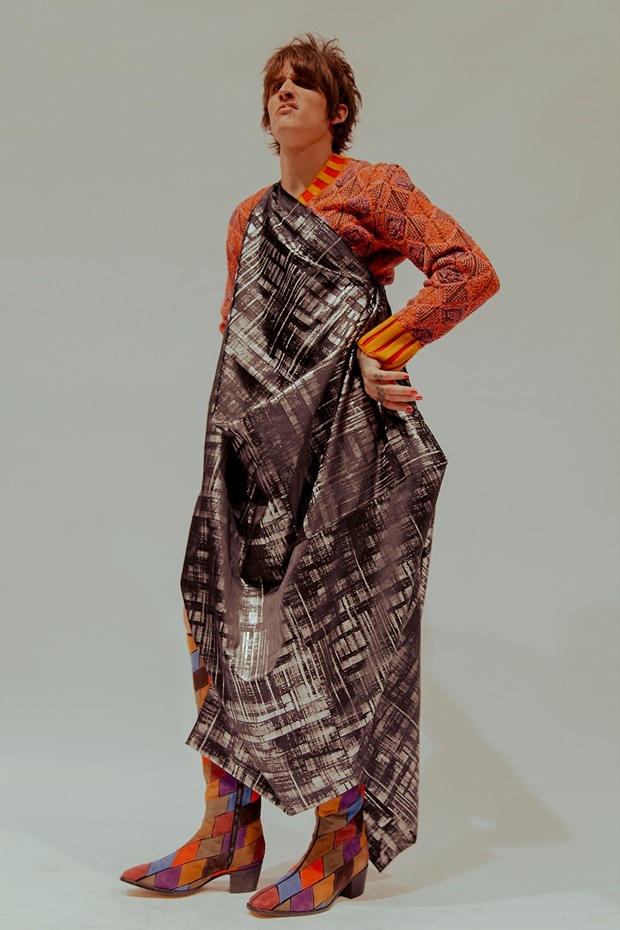 “I was in love and I’m still in love. If someone gives you the opportunity to express something so beautiful in a very natural way, it’s the best thing in the world. I didn’t feel the pressure; I was not scared. The only mission was to make something beautiful that came with honesty.”

The menswear collection was flamboyant, while the models were somewhat androgynous. 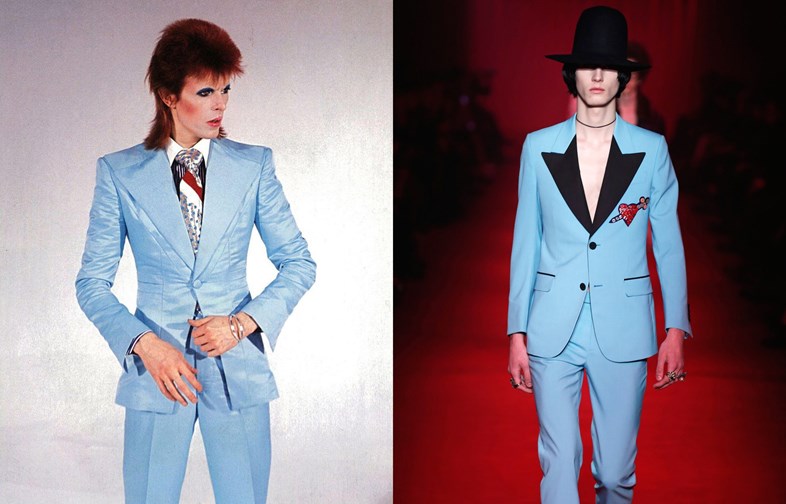 The show was launched to the sound of Bowie’s 1971 hit; ‘Life on Mars’, with the first five models in keeping with the space-age theme, they took to the catwalk wrapped in silver foil skiwear. 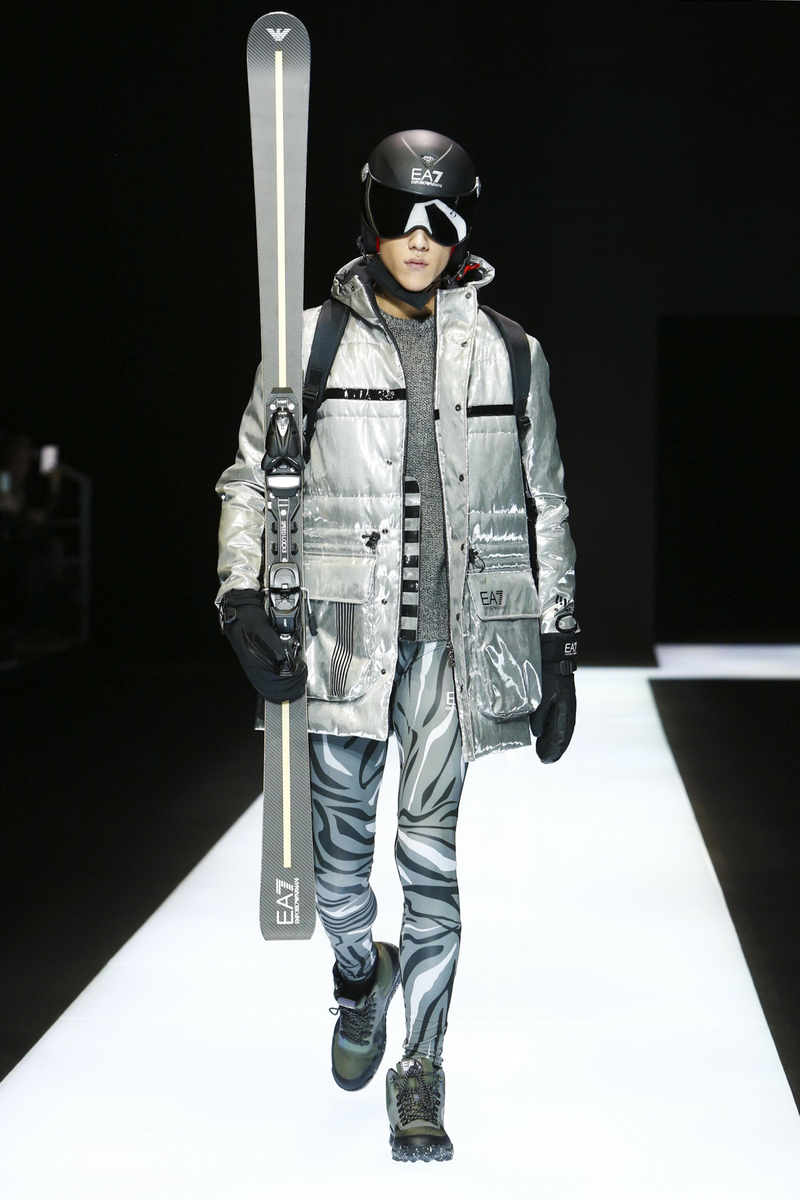 I have a love for the melodic pounding sound and staccato vocals of 80s post-punk acts like Joy Division, The Chameleons and Nick Cave….