Donna Karan Calls It A Day –

After 31 years of success, legendary designer Donna Karan steps down from her position at DKI, in a major shift for fashion.

Barbara Streisand – “I surely will miss her clothes.”

However, the 66 year old founder will remain as an adviser to Donna Karan International while focusing on devoting more time to Urban Zen, her lifestyle brand which in addition to clothes, sells home furnishings, jewellery and accessories.

“I have arrived at a point in my life where I need to spend more time to pursue my Urban Zen commitment to its fullest potential and follow my vision of philanthropy and commerce with a focus on health care, education and preservation of cultures.”

The change does not stop there, LVHM (Louis Vuitton and Moët Hennessy) which bought the fashion house back in 2001 announced they would now be suspending the main Donna Karen line in favour of focusing on its significant younger line, DKNY.

“DKI will also reorganize its teams and restructure in order to substantially increase its focus on the DKNY brand,” 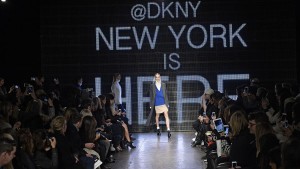 Dior said the designer “reached this decision for personal reasons”

After a three year long collaboration, Raf Simons abandons his position as artistic director of women’s haute couture, and bids a shocking farewell to Christian Dior.

“We acknowledge Raf Simons’ decision and very warmly thank him for his exceptional contribution to the house.”

The most googled fashion designer of 2015, Raf will now focus his time on other interests including his own clothing brand.

“It is after careful and long consideration that I have decided to leave my position as creative director of Christian Dior’s women’s collection, It is a decision based entirely and equally on my desire to focus on other interests in my life, including my own brand, and the passions that drive me outside my work. Christian Dior is an extraordinary company, and it has been an immense privilege to write a few pages of this magnificent book. I want to thank Mr Bernard Arnault for the trust he has put in me, giving me the incredible opportunity to work at this beautiful house surrounded by the most amazing team one could ever dream of. I have also had the chance over the last few years to benefit from the leadership of Sidney Toledano. His thoughtful, heartfelt and inspired management will also remain as one of the most important experiences of my professional career.” 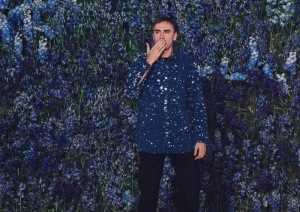 Alessandro Michele makes his debut at the major fashion house, in what is considered one of the most exciting things to happen to the industry in 2015.

“The main reason he generated so much interest was that he was this unknown designer,”

Michele previously worked at Gucci’s fashion house for 12 years before he was appointed, where he had begun his career practically unknown at the centre of Gucci’s accessories department.

All of a sudden, he’s made Gucci the ‘It’ brand without being a superstar, without that name-brand association.”

“With Alessandro’s collections, there’s definitely a greater sense of freedom,”

Luckily for Gucci’s owners, Michelle’s designs have also had a huge impact on buyers, with retailers expanding their stock, making Gucci the second highest selling label at Net-a-Porter and definitely a brand to watch. 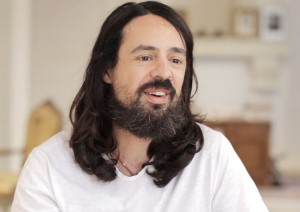 After joining Lanvin back in 2001, Elbaz was famed for transforming the previously ‘in need’ fashion house into a well-developed and globally recognised ‘luxury label’.

“At this time of my departure from Lanvin on the decision of the company’s majority shareholder, I wish to express my gratitude and warm thoughts to all those who have worked with me passionately on the revival of Lanvin over the last 14 years.”

“I also wish to express my profound and deepest gratitude to all of the clients and friends, to the French and international press and to all those business partners who collaborated with Lanvin, providing us with support since 2001.”

In a personal statement, Elbaz confirms he was “ousted from his position as the creative director of Lanvin after 14 years”. 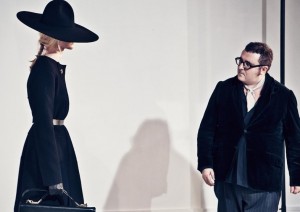 After three years as creative director of Balenciaga, New York’s Alexander Wang is out and Demna Gvasalia is in.

“Balenciaga and Alexander Wang today announce their joint decision not to renew their contract beyond its initial term.”

“We needed somebody that respects the legacy of the brand but also that injects a totally new take on Balenciaga,”

“I am very pleased to welcome Demna Gvasalia as the artistic director of Balenciaga’s collections. He has quickly emerged as the best choice for the new artistic direction of the maison. With his mastery of techniques, his expertise and fashion knowledge,” 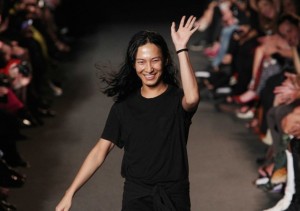 Eloise writes for Beauty and Ruin

Trust Alexa to have her winter style perfectly polished. In this season’s must-have shearling coat from Paul & Joe, a cute denim…