Hi everyone, this week I was lucky enough to have a chat with top Elvis Impersonator; JD King Elvis (Jim Devereaux). Jim is a Brighton based entertainer but has performed all over the world. JD’s repertoire includes performing at Wembley Arena and Blenheim Palace festival. After watching a video of Jim’s Elvis tribute show, I had to learn more!

Hi Jim, you’re well known to be Brighton’s top Elvis impersonator. We’d love to learn a bit more about you and how you came to be the living embodiment of The King.

Thank you very much! Well I grew up in a performers family, so singing and dancing was just a way of life in my household. Elvis had such a big impact on me from such a young age I expressed myself artistically through him I guess. If I was singing a song, 9 times out of 10 it was an Elvis song – he really taught me how to sing and perform. So in all honesty, I don’t think I could perform as anyone else if I tried – including myself!

You were four years old when you first discovered Elvis’ music, do you remember what it was that initially peaked your interest?

It was actually the album cover funnily enough. They say don’t judge by the cover but when you’re 4 years old, going through my Mum’s record collection the cover’s the thing that grabs your attention. It was a 40 greatest hits collection with a big picture of Elvis’s face on it – I didn’t know why exactly I just liked the look of him. I asked to hear it and, I still remember to this day, that classic rock ’n’ roll music just blew me away.

Is it true that you went from singing at Karaoke nights to performing as a leading Elvis Impersonator? Can you talk us through this?

Yes this is true – I had absolutely no plan to be a professional impersonator. I knew a couple of them and used to go and watch and enjoy their shows, but I had only just turned 18 and was trying to work out what to do with my life. My friends invited me to karaoke and, since I sang Elvis songs all the time in my bedroom, I of course started doing the same at a few different pubs around Brighton on Thursday nights. After a few months of going through the classics (and some real rarities that I personally loved) I was asked if I would like to do a set AS Elvis for a Boxing Day party at one of the venues. Excited by the idea, I shaved off my pubescent goaty beard, dyed my hair black, got a friend to make me a jumpsuit and the rest as they say is history. 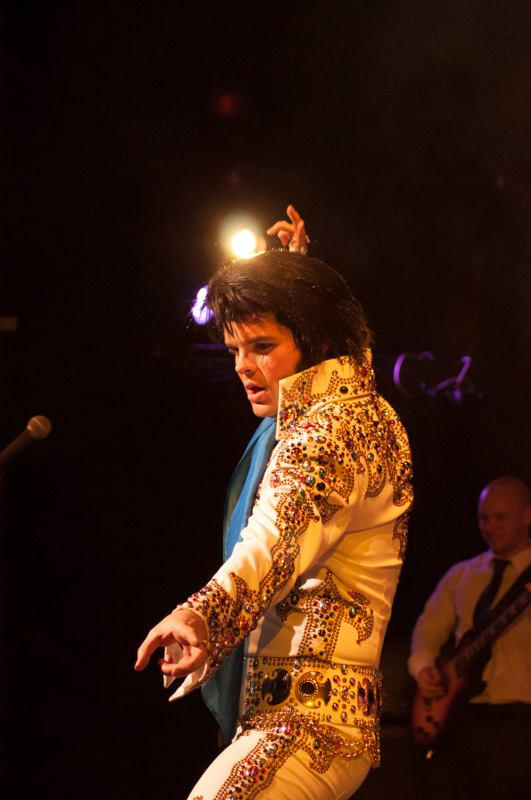 Are there any Elvis songs that never get requested but which you wish were more popular?

A very good question, the answer is yes, but with the caveat that there’s probably at least a couple of dozen rare songs I’d like to have the excuse to sing more. I do offer a song list to my clients of all the Elvis numbers I know (around 230 at last count) so there’s always a fair chance they’ll pick something unusual so I have the perfect excuse to sing it!

“Critics’ choice – and the one to watch“

You must be an extremely versatile performer as you also do outstanding tributes of Tony Clifton, Cab Calloway and Freddie Mercury. Which impersonation do you find most challenging?

Freddie Mercury by far – not just for the very high and powerful vocals, but the tight trousers too! I’m a slender man but not enough to get away with Freddie anymore I fear.

That’s a really tough question, but if I was put on the spot I’d have to say Higher and Higher, Jackie Wilson. 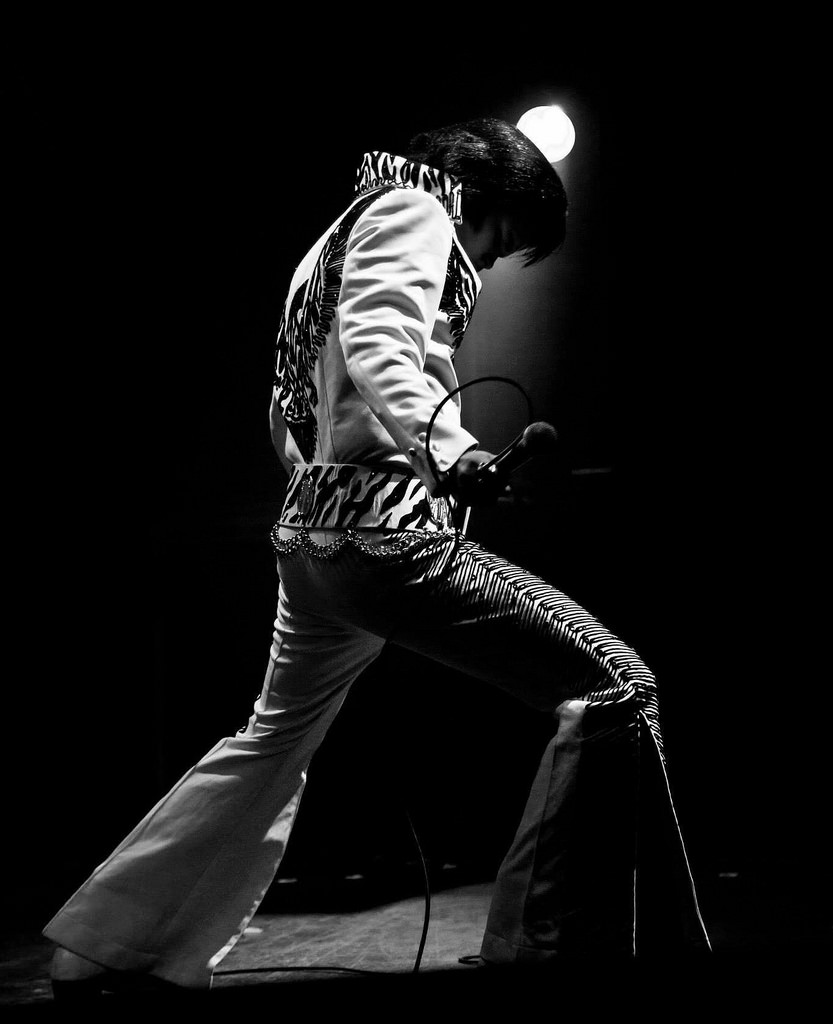 What is the largest crowd you have ever performed for and where was it?

Wembley Stadium with 80,000 Rugby fans in attendance. It was the final of the Heineken Cup – the thing is, if a sports fan isn’t in the mood for an Elvis, I’m sure they’ll enjoy watching him leap about like a fool trying to avoid getting drenched by the pitch sprinkler system, while trying to sing a few songs before the match – as has been the case for me on more than one occasion.

What’s the strangest request you’ve ever gotten as Elvis?

After performing for a party held at a nudist camp (don’t worry, they nearly all had their clothes on for that part of the evening) being asked to get in a hot tub, which was made to hold 8 people, with 16 of them – no trunks allowed! I cheerfully declined…

You’re based in Brighton, what’s the furthest you have travelled to perform as Elvis?

So far I think it would have to be Las Vegas (where else of course) – I have also donned the jumpsuit around Europe and, as far the UK is concerned, on the shores of Loch Ness. which is about the furthest you can get from Brighton without getting your feet wet. 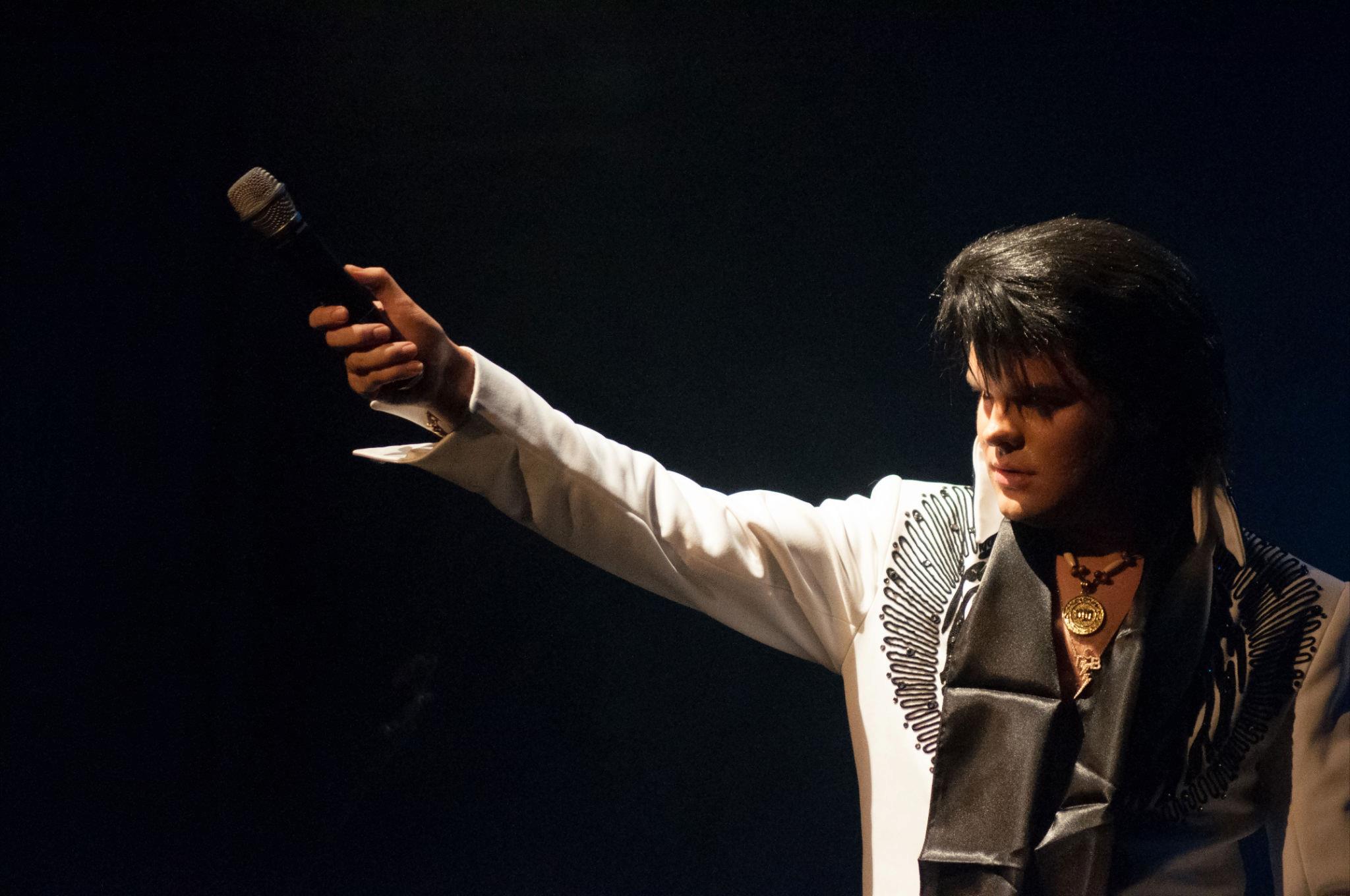 What has been the high point of your career so far?

Another tough one, but I’d have to say career-wise sharing a stage with Texas and Ms. Dynamite at a huge festival at Blenheim Palace; that was incredible. On a personal level though, recording some of Elvis’ first songs in THE Sun Studios in Memphis, just a few feet from where Elvis himself crafted them originally. That was special.

Where do you see yourself in five years time? Will you still be playing the King?

I’m not very good at looking too far ahead, but the main thing is that, despite now paying tribute to Elvis for nearly 14 years and counting, I still love doing it every time. As long as that’s the case, I won’t be shaving off the sideburns anytime soon. 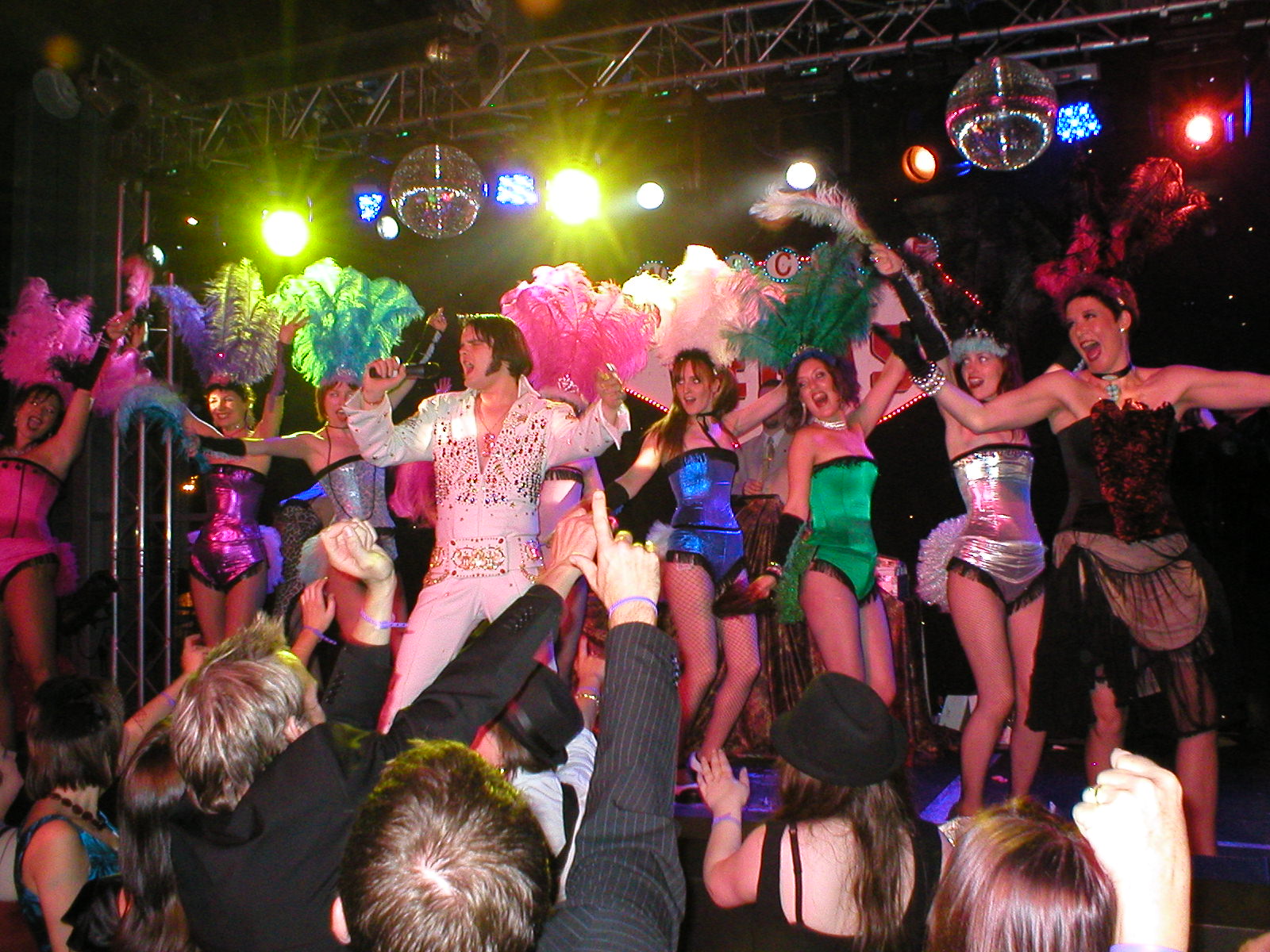 Here at B & R we like to support our local Brighton fashion scene as well as local fashion manufacturers. We recently facilitated this…