To many young Brits a career in the video game industry seems like an unobtainable pipe dream. Daniel Boutros knows all about these sorts of dreams. He also knows that sometimes they come true. Beauty & Ruin caught up with him in his Los Angeles home to ask how a boy from North London with a passion for pixels ended up building the games he loved and living the dream in L.A. 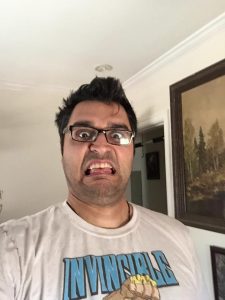 How did you gain your expertise as an award winning game director and designer?

Hello. What a both flattering and fancy question. It’s a long story. Sorry. I started out playing probably a few thousand video games by the time I was in my 20s. I was completely obsessed with games and not much else (save for girls, and cartoons).
I was generally unable to contribute in conversations that weren’t about video games (or girls, or cartoons), but this meant good things for my career, because I ended up knowing a lot more useful things about games than most trying to get the jobs I wanted. So I started out getting a a few impressive gigs and leveraged them to get other impressive gigs. The first games I worked on as a tester / opinion giving guy were SNK fighting games for SNK Europe who did classics like Fatal Fury and Samurai Showdown. I tested an Argonaut game called “FX Fighter” for a few weeks thanks to my friend Hatim, then ended up doing short consultancy gigs on early Tekken and Soul Caliber games for the European arm of Namco. And I wrote arcade fighting game guide stuff for C+VG magazine, Maximum and a shitload other magazines and websites.
That sort-of led to my first production credit on a game called Rapid Racer for PlayStation 1, which was an ok speedboat racing game. After that, I went heavier into development, and was lucky enough to work for one of my fanboy favorites – “The Bitmap Bros” – on a game they were trying to ship on a terrifying schedule. They needed help from someone with fresh eyes, and I was able to give, and felt enormously privileged to be able to. They were impressively down to Earth, wonderful humans and I learned how little I knew when John Phillips the programmer told me he liked my design idea for Xenon 3 (it was inspired by Rez) but my documentation skills for it were complete shite…
So after disagreeing with him with my wealth of youthful foolishness and stubbornness mixed with some sprinkles of arrogance, I got face-kicked in later gigs through learning that he was completely correct. Then I asked people for feedback and got better through learning, listening and generally becoming more useful on a number of projects. And remembering John’s statement of “your document is shit” like Luke remembered “Use the Force”. 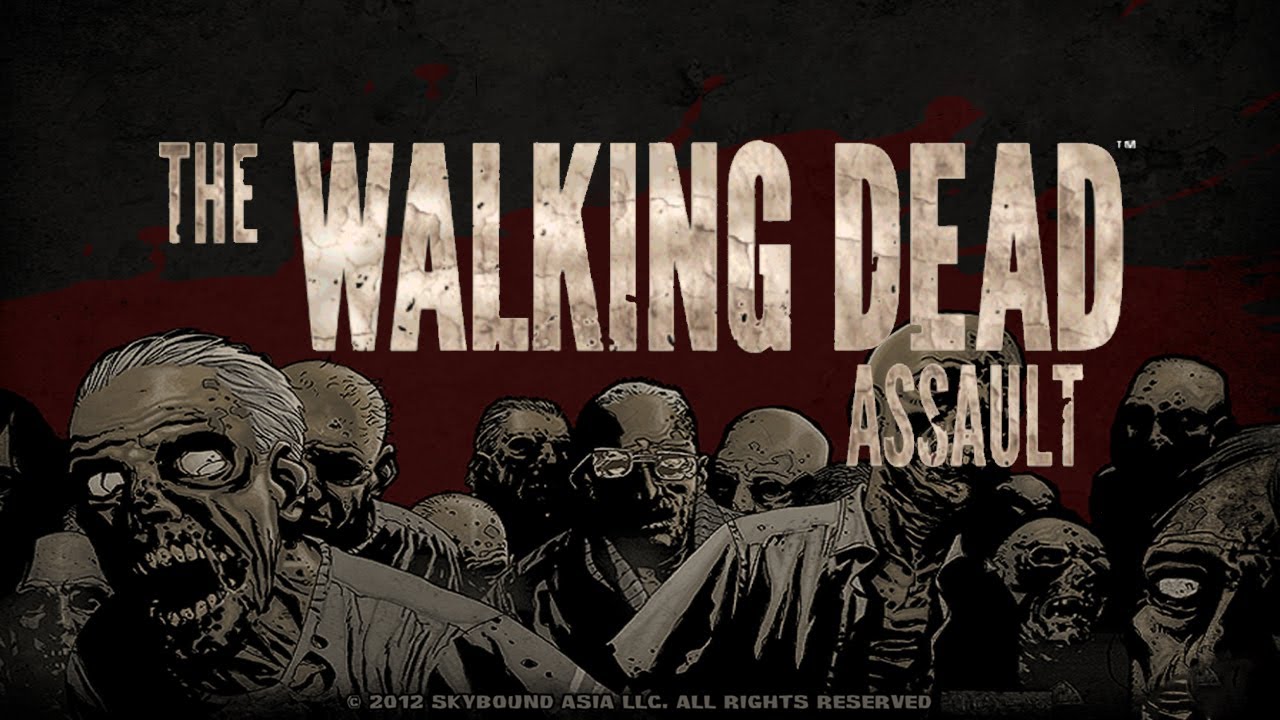 Eventually, someone said, “I trust your ideas. Can you come up with a game idea for us?” I did, that game was Trixel on iOS (sold pretty well, charted in top paid charts at 35, won some awards and Oprah liked it) and it was mostly good from there. I helped oversee The Walking Dead : Assault in what’s known as a ‘firefighting gig’, and was then asked to look after Walking Dead, and the Skybound IP games slate for Robert Kirkman for a few years after that. Now I advise development teams, while designing hands on where needed. I’m currently helping Kite and Lightning, Hero Games (and a few others I can’t mention yet) and spending time with my wife and pets at home. My biggest personal project is a story I’m putting into comic form, and a VR-based mental health game.

You’re from London, how did you end up working out in L.A.?

London got old for me. At the point I left, I was a few years in of wanting to be out of the cold weather, indoor culture and shitty pay for what I do. Also, most of my friends moved away, and I felt less and less like it was my home. I’m brown of skin and the London winters turn me into an ashen chalk-man. I was heading to L.A every summer for E3, and waking up to an ocean view, with perfect weather, great food, stunning anglophile women and better pay offered for the same work I did in England.
On the flight back, the plane would lower under the clouds of Britain and I was back to gray skies, failure and the smell of other people’s cigarettes all over my clothes every night. And cold. Eventually, I sold a game design to a Hollywood production house and I finally had a way to justify moving out there. Then I tried to move to San Diego, but I met my girlfriend-now-wife who’s a writer and needed to stay in L.A. So no San Diego for me. But if you come here, check out San Diego. It’s fucking lovely and cheap, and way more chill than L.A.

What’s the best part of being a video game developer?

Best part for me is building them to a point where they’re fun and then watching people have genuinely joyous, surprised responses to playing them. We’re making things that give people fun and a break from tough life stuff, and it’s plenty heart warming when you see people share a visceral, positive reaction, playing with a fake thing you helped bring to life.

What would you consider to be your biggest achievement?

Biggest achievement… Not sure if this qualifies, but this is a favorite story. When Final Fantasy 7 was being localized, I was a Producer at SCEE on Rapid Racer / PSOne (1997-ish). The External Producer of Final Fantasy 7 (Martin Alltimes) knew I was a fan of Japanese games and brought an early version of the English translated disc over. He had me play it. A week later, he asks, “Should we keep the swearing in.” I stated that it added to the authenticity and they absolutely fucking should. They did. So if you enjoyed that Final Fantasy 7 I hope that my answer was part of why it was left in. For video games, that’s the thing that gives me the most smiles years 20 odd years later. That, and that a friend put me in Ape Escape as one of the m
nkeys.

Where would you like to be or where do you see yourself in 5 years?

That’s a big question. My honest answer is that I have no idea, and I don’t want to know. I’ve gotten to this point where I don’t want to know and it’s making me enjoy the ride a lot more. What I DO know I want is to help people with things I make, make games that make people smarter, and to be happy with the family and animals, living in wine country with an ocean view. I don’t ask for much. 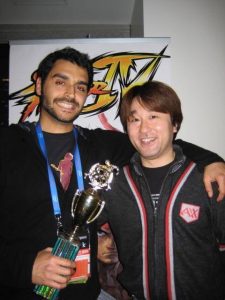 Your latest project ‘Bebylon Battle Royale’ has been described as a combination of Mad Max, Super Smash Brothers and babies. What was the inspiration behind the game?

Bebylon Battle Royal : A Gentleman’s Game (BBR:AGG) is a game by Kite and Lightning, who I’m advising on design, production and funding. Far as I know, Cory and Ikrima drank a ton in France and decided this lunacy was the game they had to build. Even though I told them they were insane to try and build it with the size of the team they had. However, their balls and talent are bigger than logic and reason and I love the shit out of them, so I said I’d help. And they’re doing an amazing job with it.
As it stands, it compares to the Dreamcast classic Power Stone / N64 Smash Bros and has some unique features that are still being held back from the public for now. It’ll most certainly be worth your time if you like those games. There are a lot of new ideas in there too and I’m very happy with what the lads have put together so far.

Tell us about the virtual reality aspect of your game?

Can’t disclose yet, other than “you look at it while in VR and you can see things above and beneath you”. The special stuff is still secret. 🙂

Hi everyone, it’s me Eloise. I want to introduce to you our newest guest blogger Bethany Pembrook. She has put together this inspired guide…