Beauty & Ruin recently learned of a worthy cause that’s right up our street – it’s Brighton, it’s burlesque and it’s beautiful – three of the ‘b’s that feature a lot on this site!

Believe In Magic  & The ‘Fairy Godmothers’

Believe In Magic is a children’s charity that was set up by Meg Bhari at the age of only 16 to help terminally sick and dying children. It arranges for children’s dreams to come true, whether it is to write and publish a book, meet their pop idol, or having a sleepover in the National Science Museum, BIM will make the wish come true. On a daily basis they also send little gifts to the children to brighten up their day with balloons, toys and treats. Through her determination to help these children, she has won the support of Hamleys, Harrods and One Direction to name but a few as well as a Royal following with Princess Eugenie. The support from BIM does not stop with the children they offer valuable support to the parents and families of all Believe In Magic children and become part of every family they help.
If what they do isn’t incredible enough, Meg herself is extremely poorly with a brain tumour. This truly inspirational young lady has herself endured over 23 operations, is unable to lie flat at anytime and is constantly in severe pain but continues, alongside her wonderful mother Jean, to tirelessly help these poorly children in any way she can. At 21 Meg still suffers dreadfully with her own health but she remains the most inspirational, selfless and positive young lady whose only concern is for very sick children.
With each and every child referring to them both as Fairy Godmothers that is exactly what they are!

You can visit Believe in Magic here @ www.believeinmagic.co.uk/ 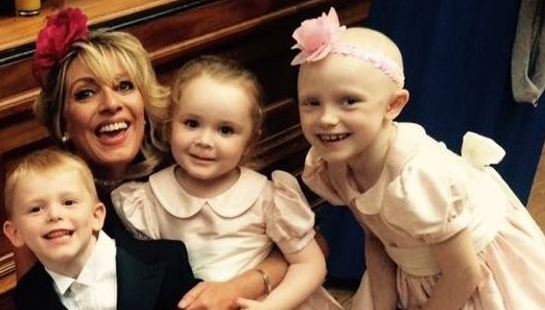 This is Jessica, who is 8 and one of the Believe In Magic children. Jessica was first diagnosed with Neuroblastoma at the age of 3 which then went into remission spontaneously.
In December 2013 Jess relapsed and her cancer returned. They named him Boris…. Boring Boris! Jess endured four cycles of chemotherapy followed by surgery to remove Boris. She then went on to have a full treatment of radiotherapy and six months of oral chemo and in December 2014 the family were told that there was a good chance of that Boris had gone for good.
Jess relapsed again in February 2015. She then had to undergo a whole year of aggressive cycles of treatment including Chemotherapy, Radiotherapy, Surgery & Retinoic Acid to try and rid herself of Boris, the treatment was unfortunately unsuccessful & Jess once more relapsed in February 2016.
Due to the amount of therapy Jess has already undergone she is now unable to endure any further Chemotherapy or Radiotherapy, as they haven’t worked, Jess and her family find themselves in the realms of trial treatment at The Royal Marsden Hospital. They have been told by the Dr’s that once she is in remission once more she will need to have cancer treatment in America. This leaves the family having to raise over £120,000, so that she is able to get to the States for her treatment.
Le Cabaret Avant-Garde are aiming to raise as much funds as possible in 2016 to support this dear little girl who loves school, swimming and singing, and her family in a bid to allow the family to concentrate on what matter….Jess!.

Jack is Le Cabs incredible compare. Trained at GSA in Guildford Jack is a popular  act in and around Brighton.  Jack joined Le Cab at the start and is key to ensuring each and every show has the audience eating out of the palm of his hand. 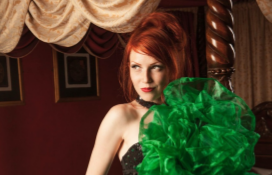 The Miss Proud Pin-Up in 2014. trained at Stella Mann performing arts school and is an extremely successful performer within the industry. Bringing sassy, sexy & classy to every performance. 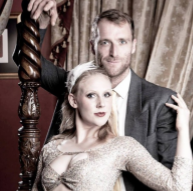 Having performed individually for over 5 years Bitter Pill and Twisted Nymph and were brought together in December 2012, this creative duo together bring sensuality and character to each and every act. Performing in pole, aerial silk and acrobatics they will leave you mesmerised and speechless. 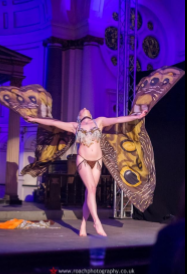 Using traditional and tribal belly dance styles, along with neo-burlesque, Sirona has created her own style of ‘Bellyesque’ dance which brings allure, beauty & excitement to every performance and show. 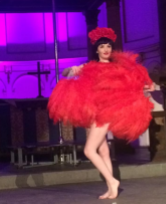 Dollie is the youngest of the team, she also is a popular Brighton performer offering beautiful & ‘cutsie’ naughtiness to the shows. She can been seen regularly on the Burlesque circuit in Brighton leaving a trail of glitter behind her.

DJ Arthur Shillin’ is Le Cabaret Avant-Garde’s deck spinner. With a solid history as one of Brighton’s top DJ’s. This Electric Playboy, Festival Badman, Master Of The Decks brings ‘the house down’ spinning his 1920’s Swing & Electro Swing mixes from the pulpit at each and every event. 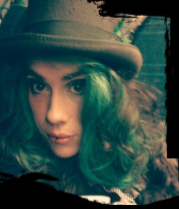 Bam is ‘all things sorted’ in the Le Cabaret team. She works closely with Rachael & the team prior to each show ensuring every aspect is in place, as well as stage managing every show with perfection. 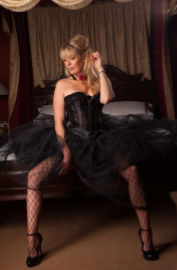 Rachael is the Creative Director of Le Cabaret Avant-Garde. Having trained at London Studio Centre as a dancer she has found herself once more in the industry. Driven by supporting the charity & its children she set up the company to utilise her passion for theatre & performing, as well as her skills & experience in event management to bring together a kaleidoscope of passion, talent & showmanship.

With heavy production costs for each show the company are appealing for sponsorship. Sponsorship of the shows allows monies made from the events to be channelled into the charity and causes that Le Cabaret Avant-Garde support. All sponsor will be credited through all promotional material before & during productions.
If you would like to sponsor or part sponsor any part of the show then please let us know.

FOR MORE INFORMATION OR A SPONSORSHIP FORM PLEASE CONTACT: 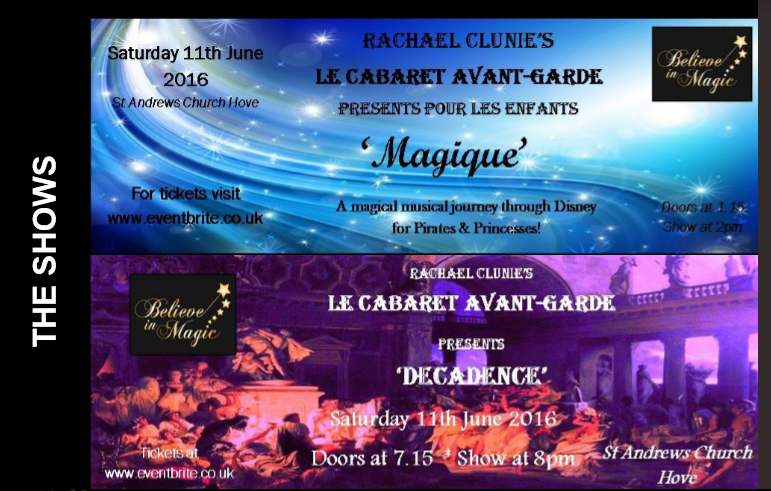 Tickets Inclusive of show and a fabulous Electro Swing after party! To book tickets go to the links below.
‘MAGIQUE’ & ‘DECADENCE’ visit: www.eventbrite.co.uk

Hi everyone, this week I was lucky enough to have a chat with top Elvis Impersonator; JD King Elvis (Jim Devereaux). Jim is a…