I have a love for the melodic pounding sound and staccato vocals of 80s post-punk acts like Joy Division, The Chameleons and Nick Cave. It was with some excitement that I discovered that this week’s band, HYMNS, had captured that sound more often associated with the early part of that decade. And well. This is the sort of music that artists like J ‘O Barr wrote and drew his cult classic The Crow to, which you can drive through dark streets thinking desolate thoughts to…it’s a beautiful eerie soul searching sound. I caught up with Oliver from HYMNS:

Can you fill us in with a bit of your back story? What’s the history of HYMNS? How did you form the band and how did you all meet?

Well, it’s quite a convoluted story. Some of the songs have existed as instrumentals for a few years now.  I’d written the music and vocal melody but never really had the confidence or belief in myself as a singer. Having tried to recruit other vocalists since, I realised that if I was to do the songs justice (as I heard them in my head) I would need to step up and sing. Since then it’s been a challenge but I now feel comfortable calling my self a singer songwriter as opposed to just a composer.  Since deciding to be the singer Giorgio came along on the bass via an ad on gumtree and our partnership has become the foundation of the band as it stands. Fil our guitarist made a massive contribution to our sound but sadly had to return to Italy. We have since found Matt on guitar and Amy on drums who have brought along their own sound and personality.

The name ‘HYMNS’ has religious overtones. Can you elaborate on this?

Errrm, yeah this is a tricky one. I really wanted to make the suggestion of ethereal songs with a big sound that can uplift and re energise in the way a church hymn does. This is what great music (of any kind) can do so I thought it appropriate. I’m not saying that’s what our music does for people, though I hope it could one day. I guess it’s more a statement of ambition and intent 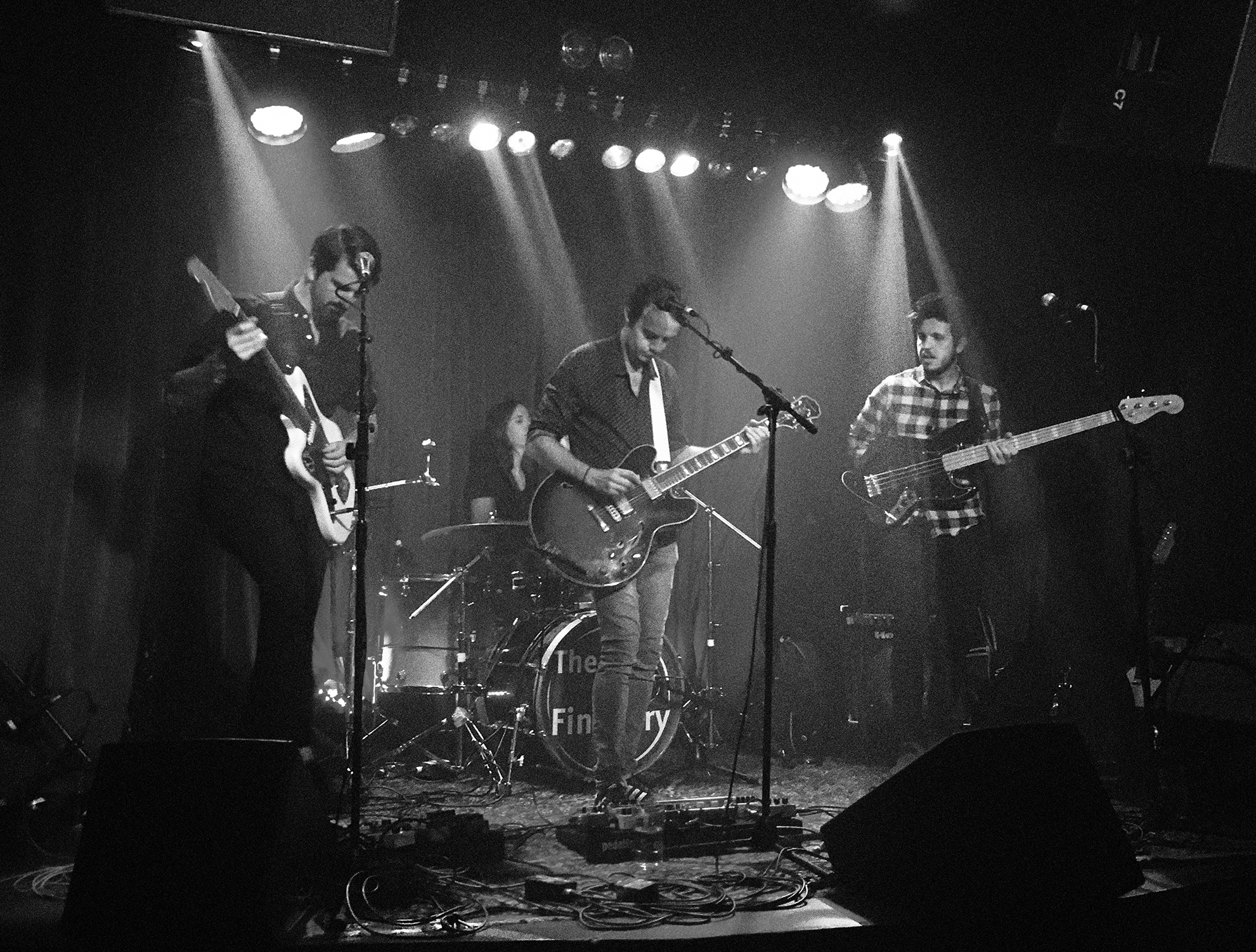 Who is the songwriter in the band, or do you all contribute?

At the moment I am the songwriter in the band, the band has come together around songs I have written and as the singer it makes sense for now.  Giorgio (bass player) has really helped shape the sound of the songs with some of his bass lines and arrangement ideas. We all come from a background of writing music so ideally in the future it would be great to write together as a group in a room. It’s exciting to think of the possibilities this could hold for us as a creative team. Watch this space!

What was your memorable gigging experience as a band?

In all honesty we’ve only played together as a band a couple of times.  For our first gigs they went pretty smoothly.  This is my first time as the lead singer in a band so having that direct connection with the audience still feels a little alien to me.  I’m looking forward to getting into the role though.  I’m confident that as a band we will use the experience from these performances to create a more exciting and intense live show.  We will get better and better at what we do! 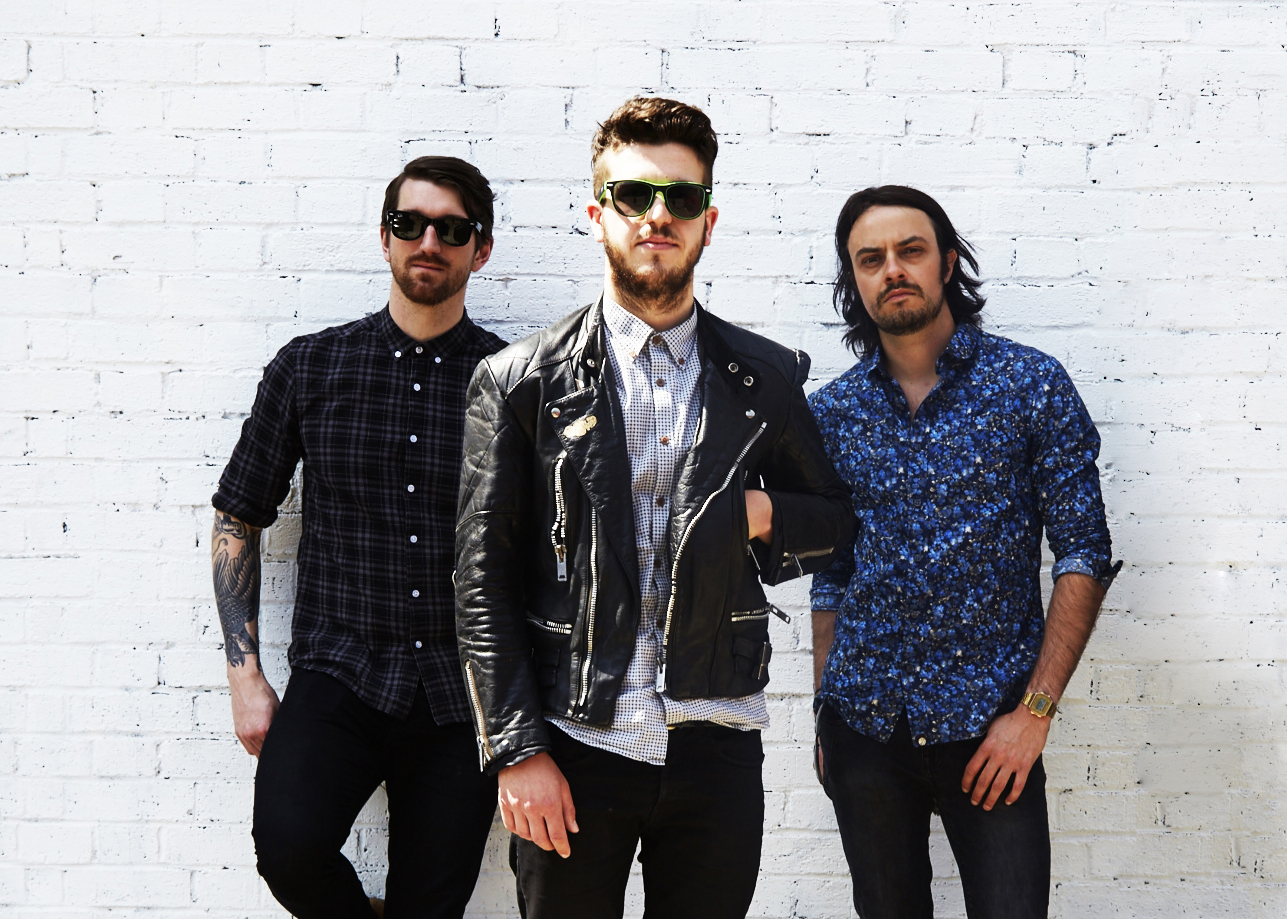 Listening to ‘Masquerade’ I can hear many influences, among them Nick Cave, Joy Division & The Chameleons. Would you say this is fair? Who do you cite as your influences?

I’d say this is definitely fair. I’m a massive fan of both Nick Cave and the Bad Seeds and Joy Division. Personally, I cite all the above as well as Depeche Mode, The Cure, Radiohead, Interpol, and QOFTSA as massive influences. I’m also a fan of Mogwai, Nine Inch Nails and various film composers such as John Murphy and Hans Zimmer. Giorgio is a fan of Kings of Leon and The Killers. Matt loves The Beach Boys as well as some heavier bands like Thrice.  Amy loves her Janis Joplin and The Doors.

What’s next for HYMNS? What is the dream?

In late September we will be heading into the studio to record our next single. We’d like to get a couple of videos done too. Beyond that we’re happy developing our set and playing more live shows around the UK.  I think we’ll also recruit a synth/keys player to really help reproduce our recorded sound live. Ultimately the dream is to earn a living from the music. With the state of the music biz as it is nowadays we can’t really ask for much more that!

You can listen to them here: soundcloud.com/wearehymns