My #WCW this week was a pretty easy and obvious choice. It had to be THE Pretty Woman, Julia Roberts due to her recent feature with Givenchy for their SS15 campaign. 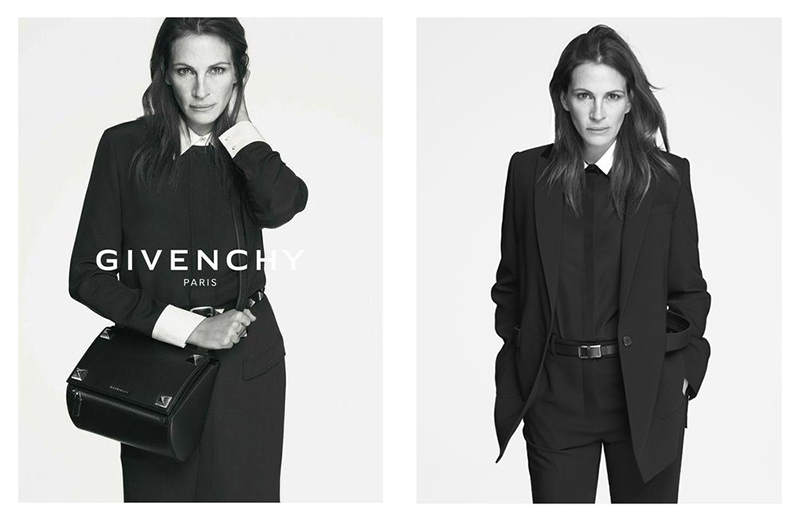 This is not the first time Riccardo Tisci, who has been creative director at Givenchy for almost 10 years, has used a celebrity for his ad campaigns. Previously he has used names such as Erykah Badu and also gave Kendall Jenner her first big fashion campaign break.

Before this campaign it would be difficult to image Roberts without her huge, infectious smile, however Tisci told Style.com that he had to said to her, “no hair, no makeup. Because your smile is so beautiful and everybody knows you for that, I think it should be no smile.”

The notion of it being shot in black and white, and styled by Katy England in a number of house’s iconic pieces such as an androgynous boxy jacket and tuxedo dress with no makeup was supposed to be “the perfect interpretation of Givenchy’s timeless beauty” according to a release from the brand. Tisco also told WWD that she was the ideal woman for thee job as “The mood of the show was about this very powerful woman, and Julia represents this very much.”

It’s almost refreshing to see a celebrity front a campaign who hasn’t become known through their social media platforms! Julia Roberts is a globally known icon from her own professional success (I’m not hating on Instagram muses like Hailey Baldwin, Gigi Hadid etc. I love them just a much as a well respected and talented actress). 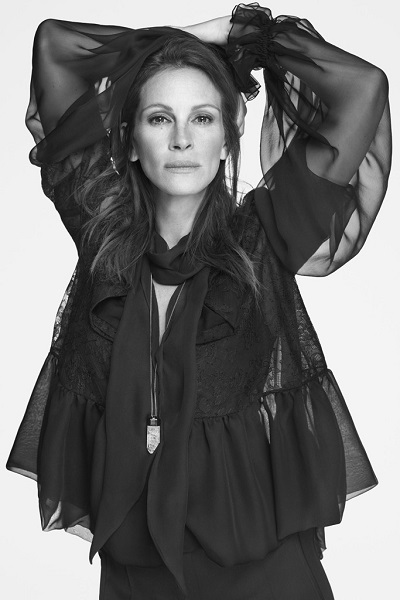 Just a bit of fun trivia for you, Riccardo Tisci’s favourite scene from Pretty Woman is ‘big mistake, huge’ – I couldn’t agree with him more! Vivian embarrasses the snobby shop assistant who refused to serve her when she went into the clothing store in Rodeo Drive the day before.

Dr. Wilder, protagonist and creator of the mysterious Bewilder Box escape room in Brighton hooked up with Beauty & Ruin to give us some…