Hi, I’m Alex Hooper-Hodson. I’m a Brighton resident and one of the people who has worked behind the scenes to turn Beauty & Ruin into what it’s become today – what I like to see as an interestingly niche fashion and lifestyle magazine that draws its inspiration from the strange and sublime scene that is Brighton. Normally I refrain from blogging on here myself as a take more of a production role in compiling and commissioning content. Today however I thought I’d give you a little bit of insight into my latest project – the TV show Sex Pod for Channel 5. 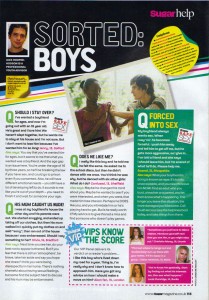 I’ve written three books for teens. These are based on my experience as a columnist. They deal with puberty and growing up in the age of social media and are available from Amazon
I’ve worked as a magazine columnist and teenage adviser in magazines and newspapers for the last 12 years. I began my career writing for Sugar magazine back in 2004 as their agony uncle and did some wild and wonderful things for them during my 6 years in this role – including photo shoots with boybands like the Backstreet Boys and Blue as well as representing the magazine to key MPs and Lords at Westminster Forums. Suffice it to say it was an unusual start to a career. From there I moved onto writing for Scotland’s big newspaper the Daily Record where I wrote a column called Sex Talk with Alex that took my advice giving to a whole new level and gave me a unique insight into peoples’ sex lives. Four years later and I took over the weekly column Teen Talk for the Record and continued to give advice, albeit toned down for the familiar teenage audience I knew from Sugar. In 2012 and 2013 I wrote three books for teenagers…one has even become an Amazon best seller. 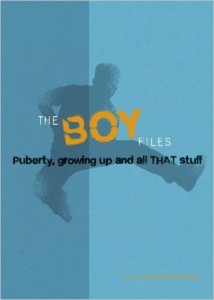 I’ll keep the B & R readers up to date with more details when the show airs but for now keep your eyes peeled for one of its 10 episodes over the summer.

Aside from music, hopeful contestants, surprising production numbers, we are oh-so looking forward to the fashion wars especially among the X…