I was lucky enough to attend Mens Fashion Week in Paris last week with UTTER Couture with whom I intern for. I would never have had such an opportunity if it wasn’t for them and I am truly grateful for the experience.

I attended my first ever catwalk show which was amazing! It was Henrik Vibskov’s FW15 Menswear collection.

The initial image of the show was large space enclosed by maroon curtains with the runway running along the outside. As the show began, two individuals with white labs coats with ‘Team Vibs’ scrawled across the back, drew the drapes to reveal the image below. A hundred or so red hands dangling from a mechanical frame began to move hypnotically, up and down. The red ‘hands’ moved above several bodies laid on tables covered in pink sheets. There were holes cut out where the bodies mouths were with microphones placed at each head. The vocalists provided and eerie accompaniment to the shows music.

Soon, the models took to the run way and circled the ‘Messy Massage Class’ in both thin and thick knits with graphic patterns resembling hands and movement along with cropped, low crotched or wide legged (or all 3!) styled trousers. The tailored outerwear was especially a highlight of the collection for me personally and the mostly neutral colour palette with pops of colour, such as reds and pinks, was simple yet beautifully effective.

Take a look at the following images which I managed to take from the show (apologies for the poor quality as they were taken on my iPhone, and as you may be aware, they don’t deal well with movement). 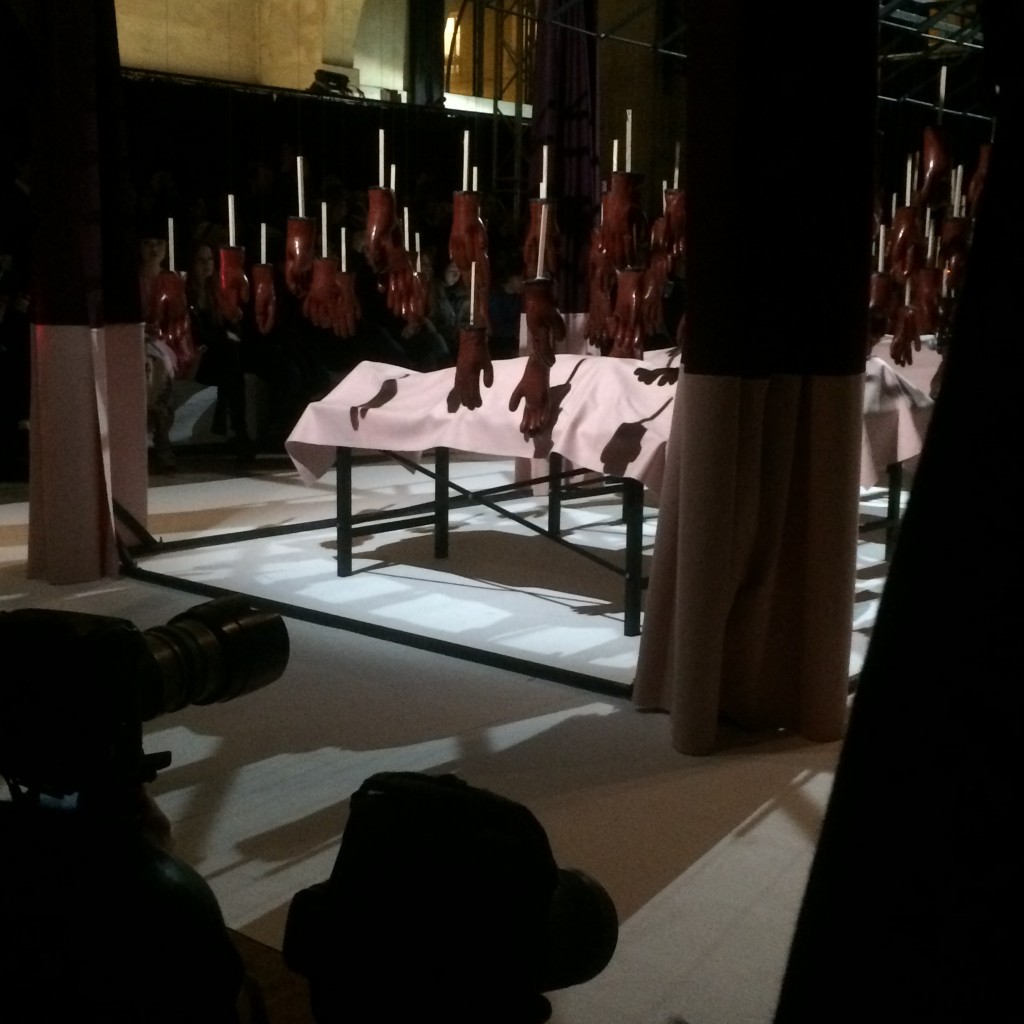 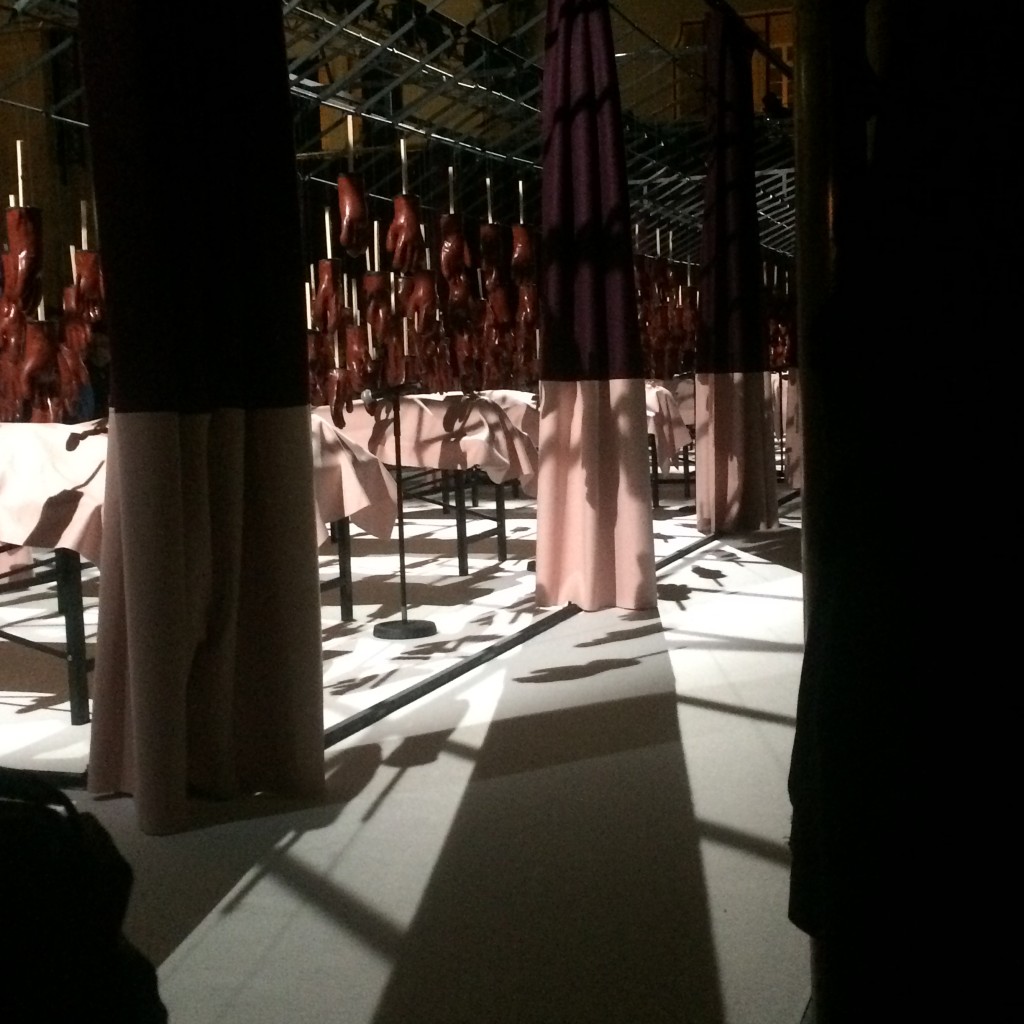 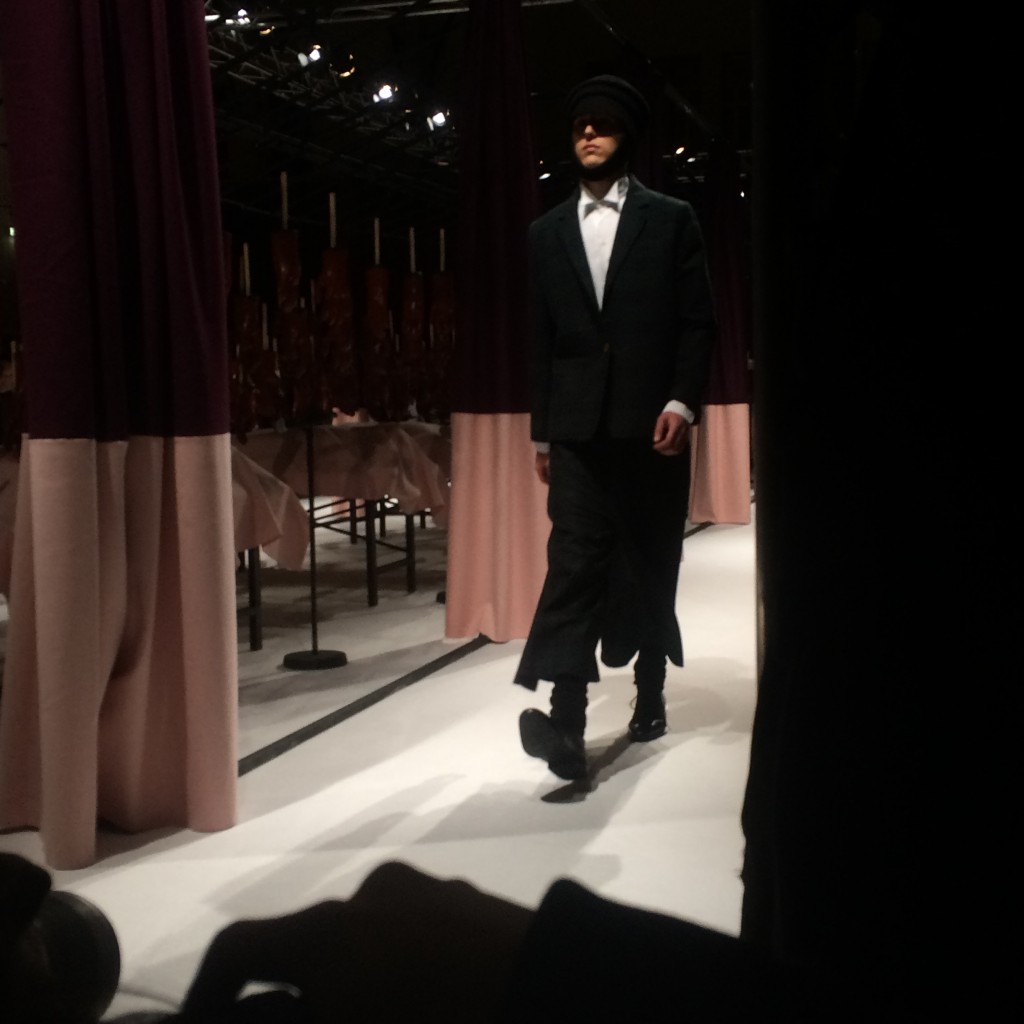 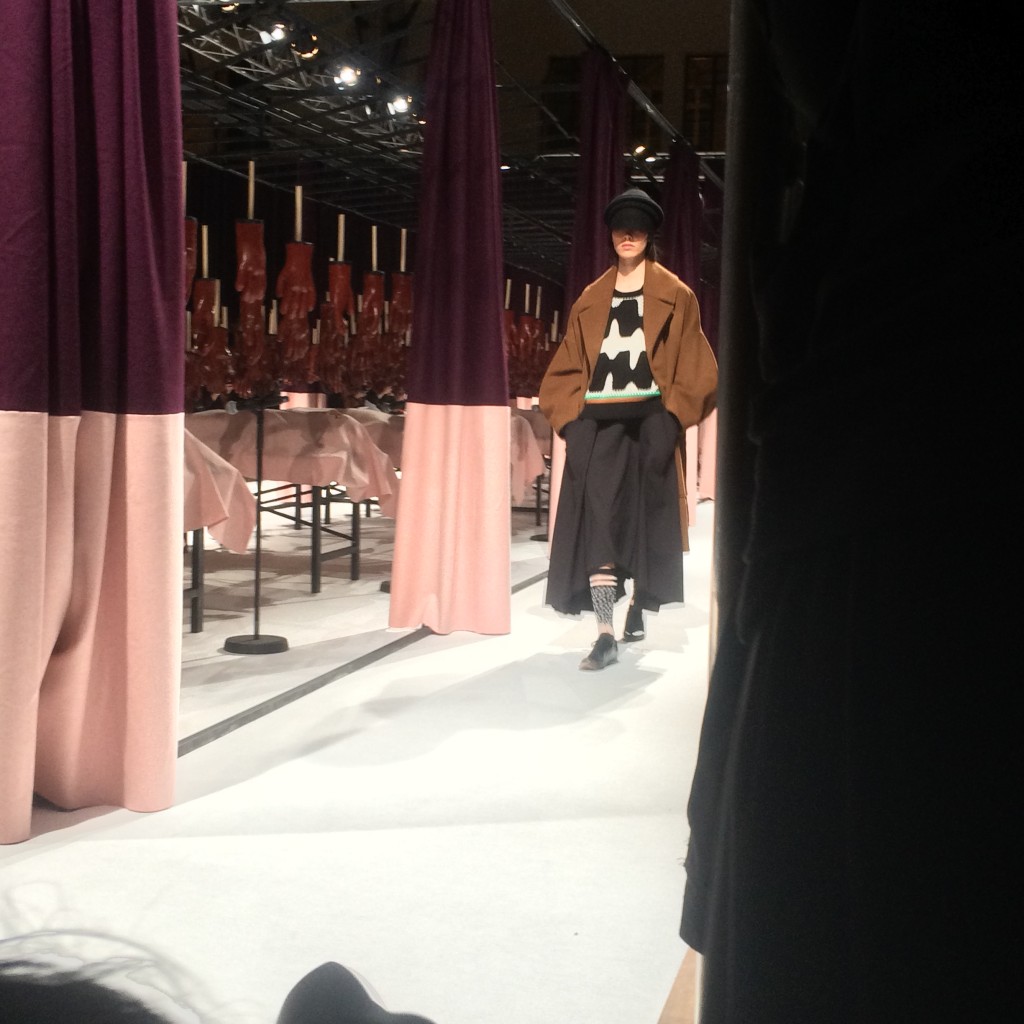 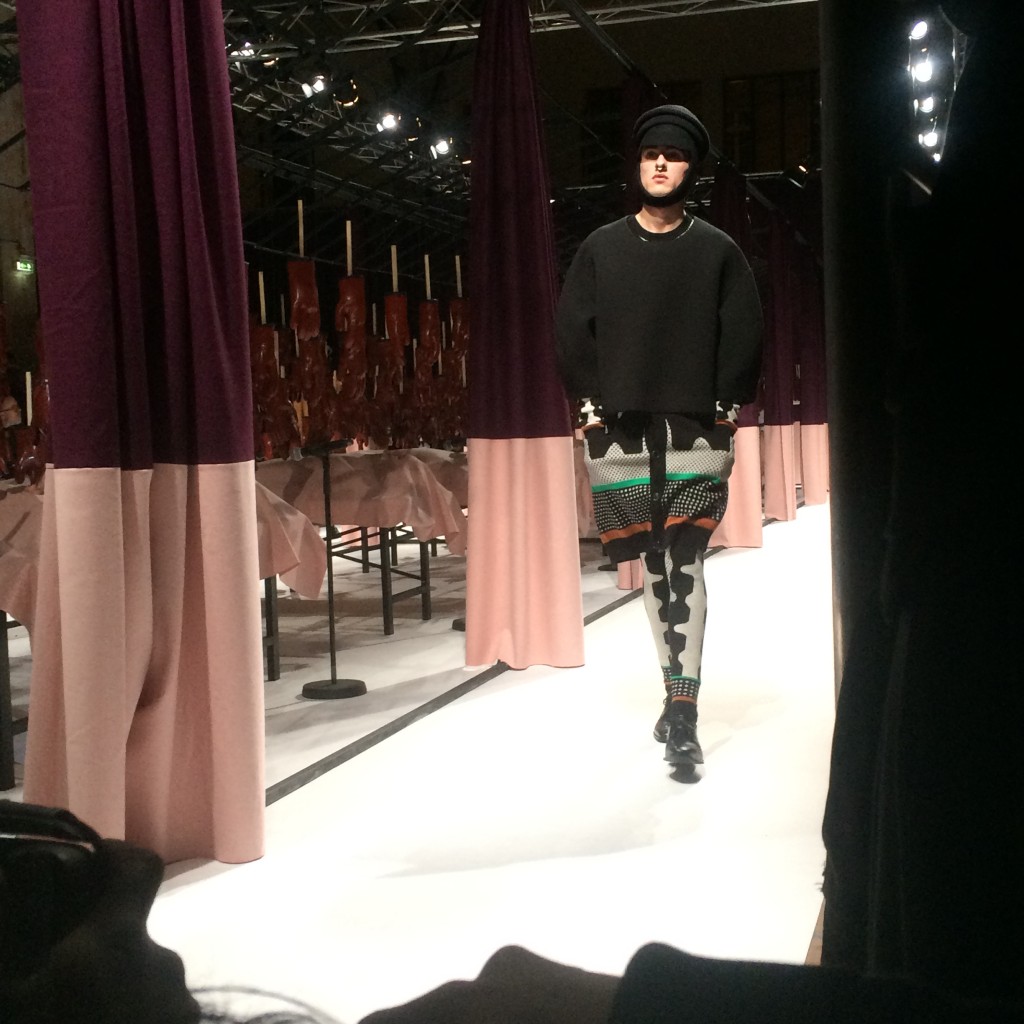 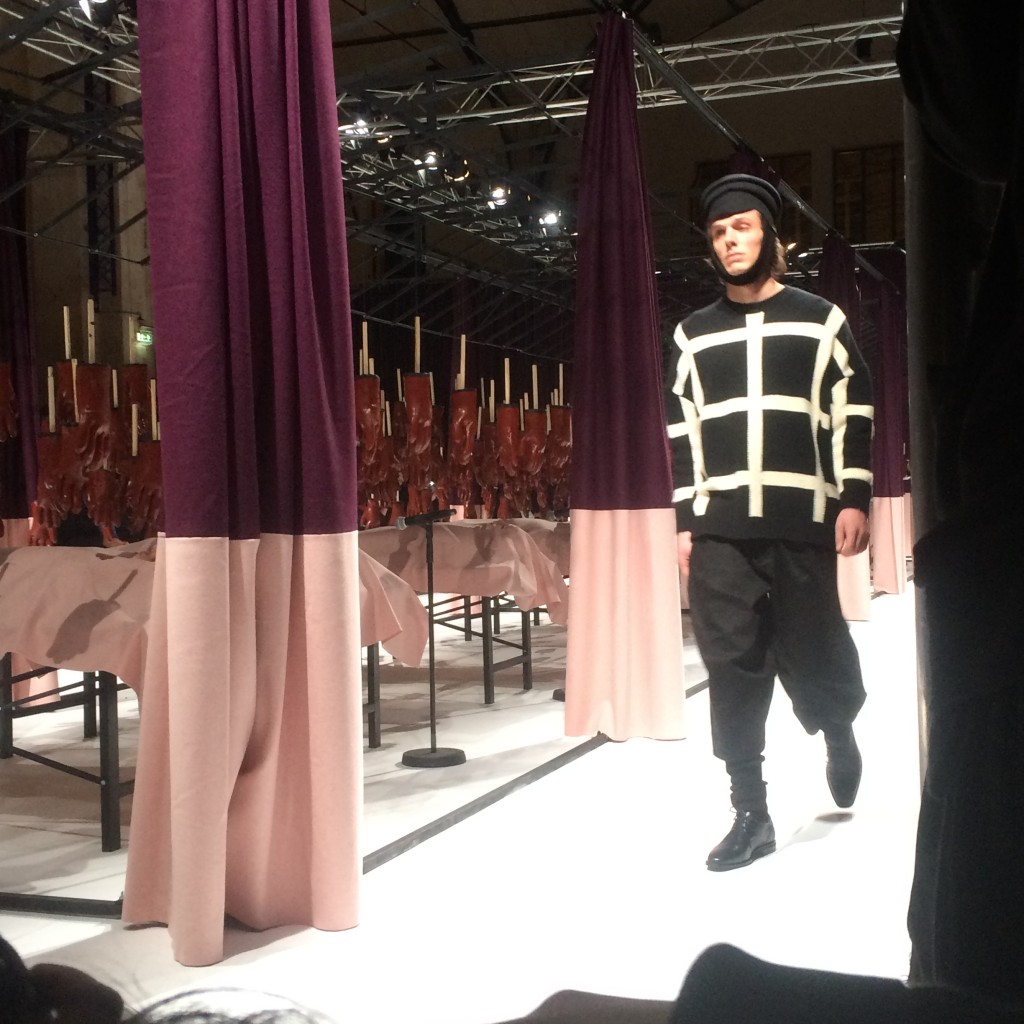 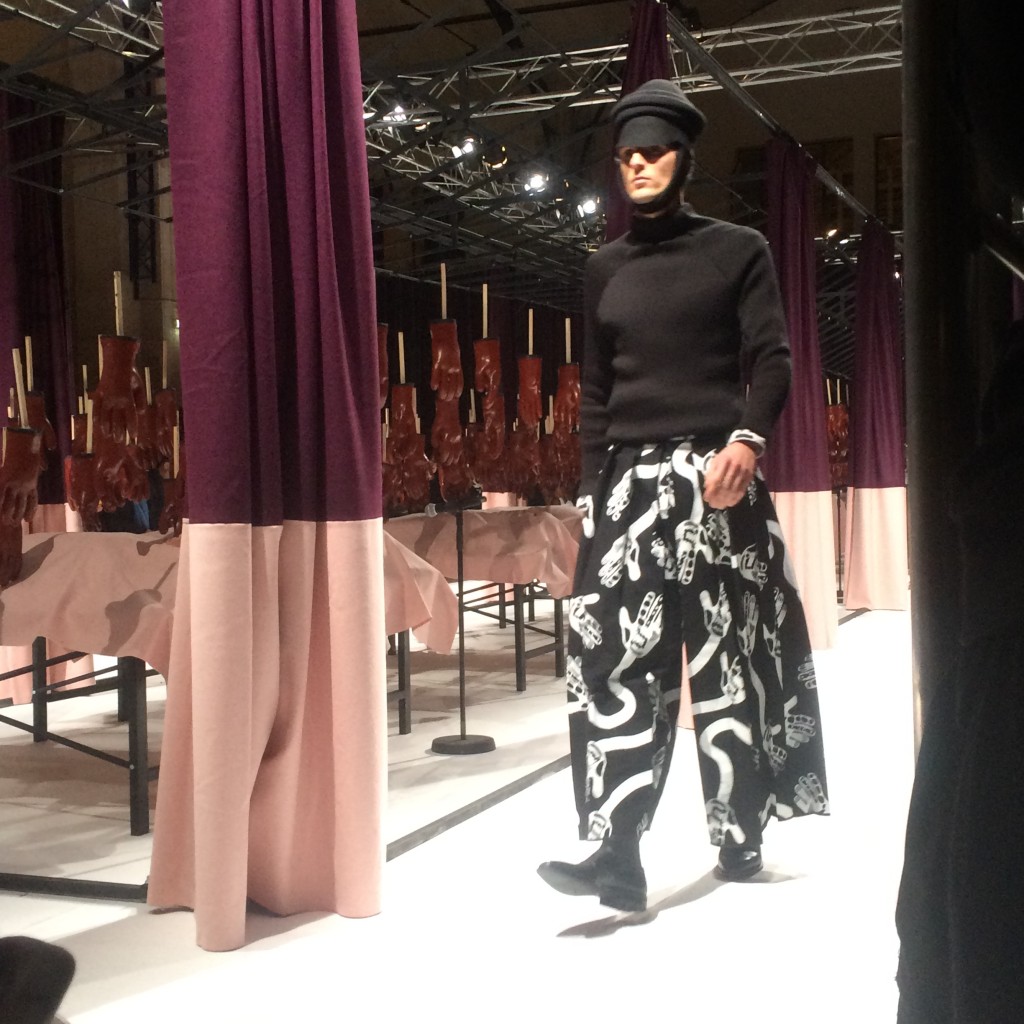 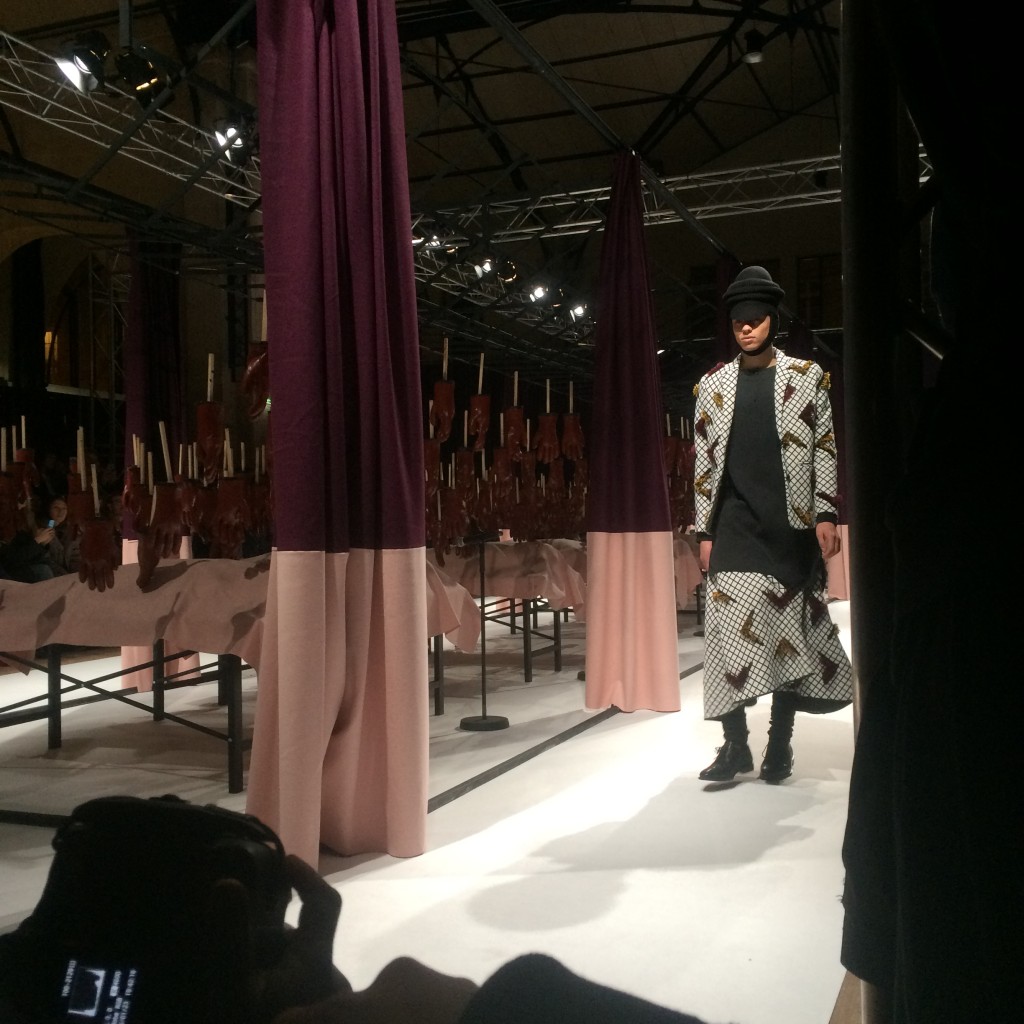 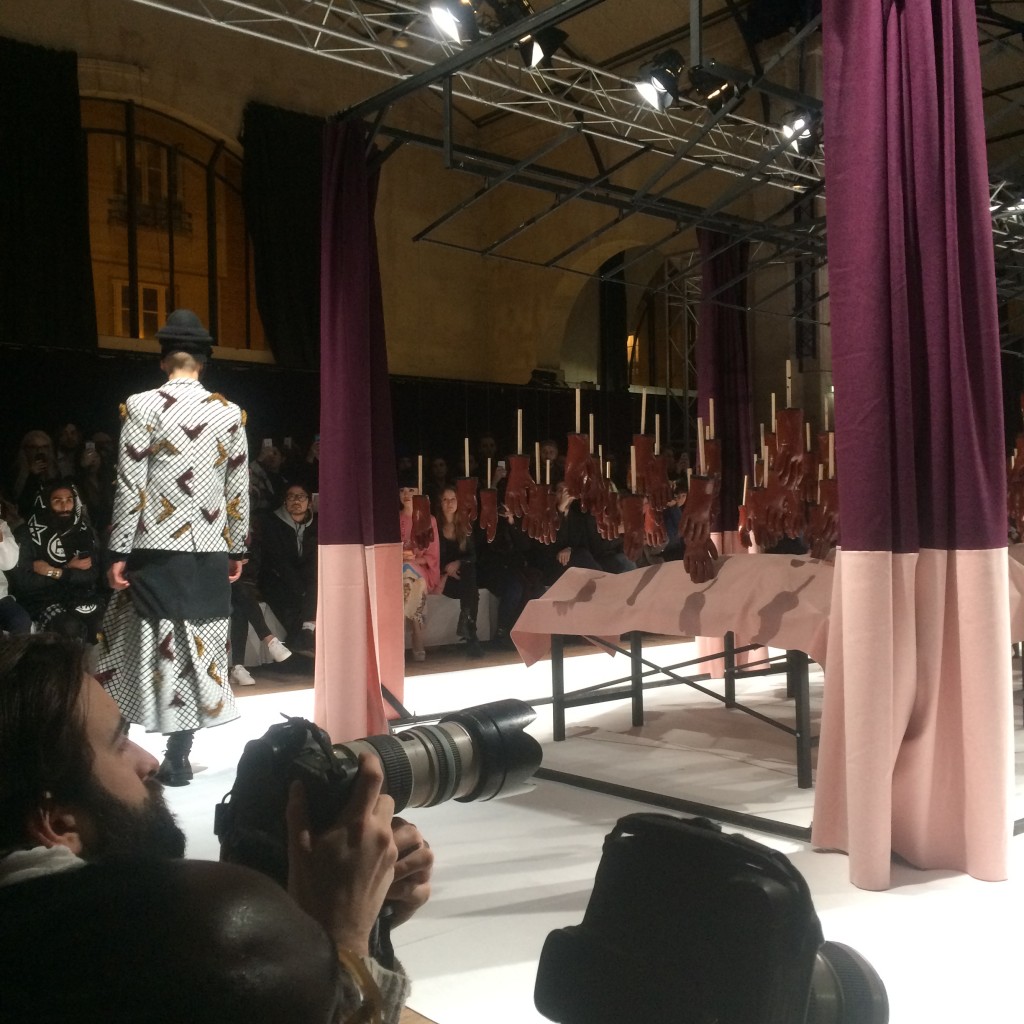 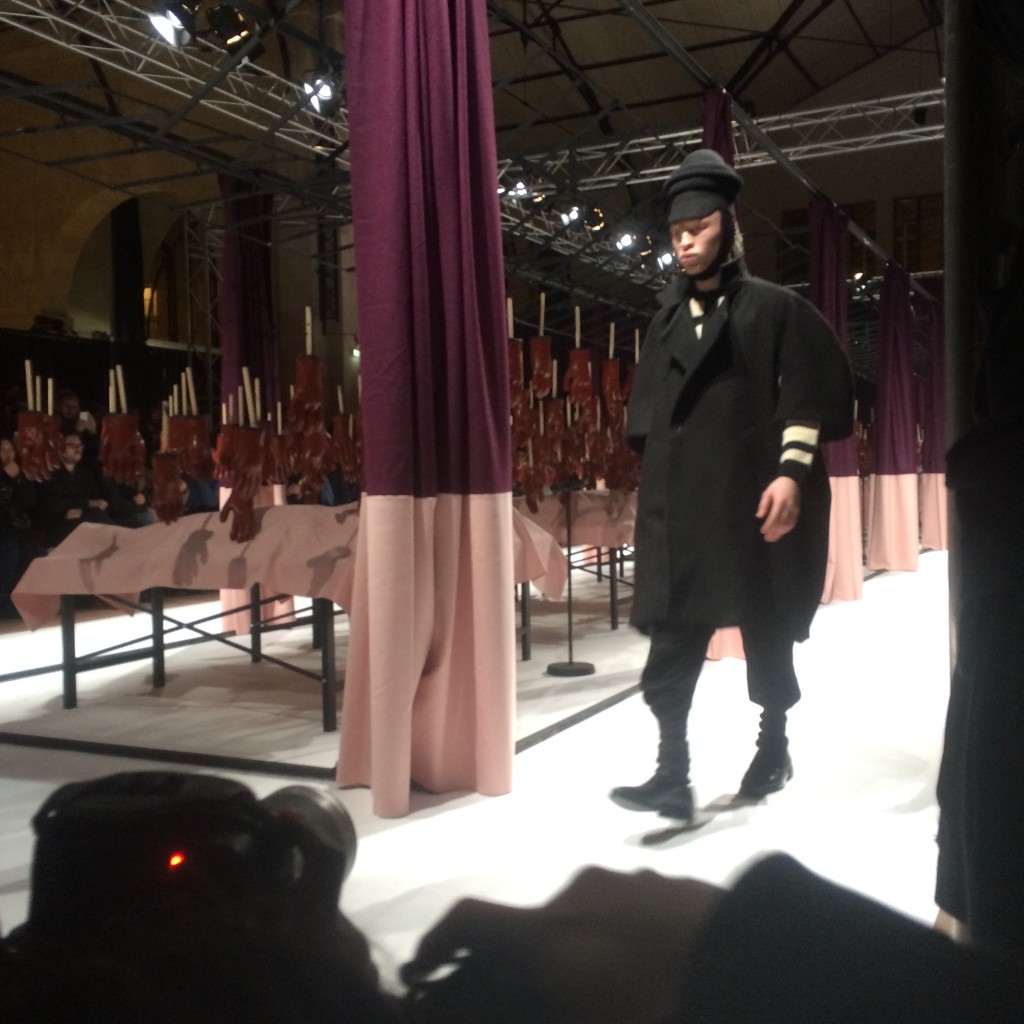 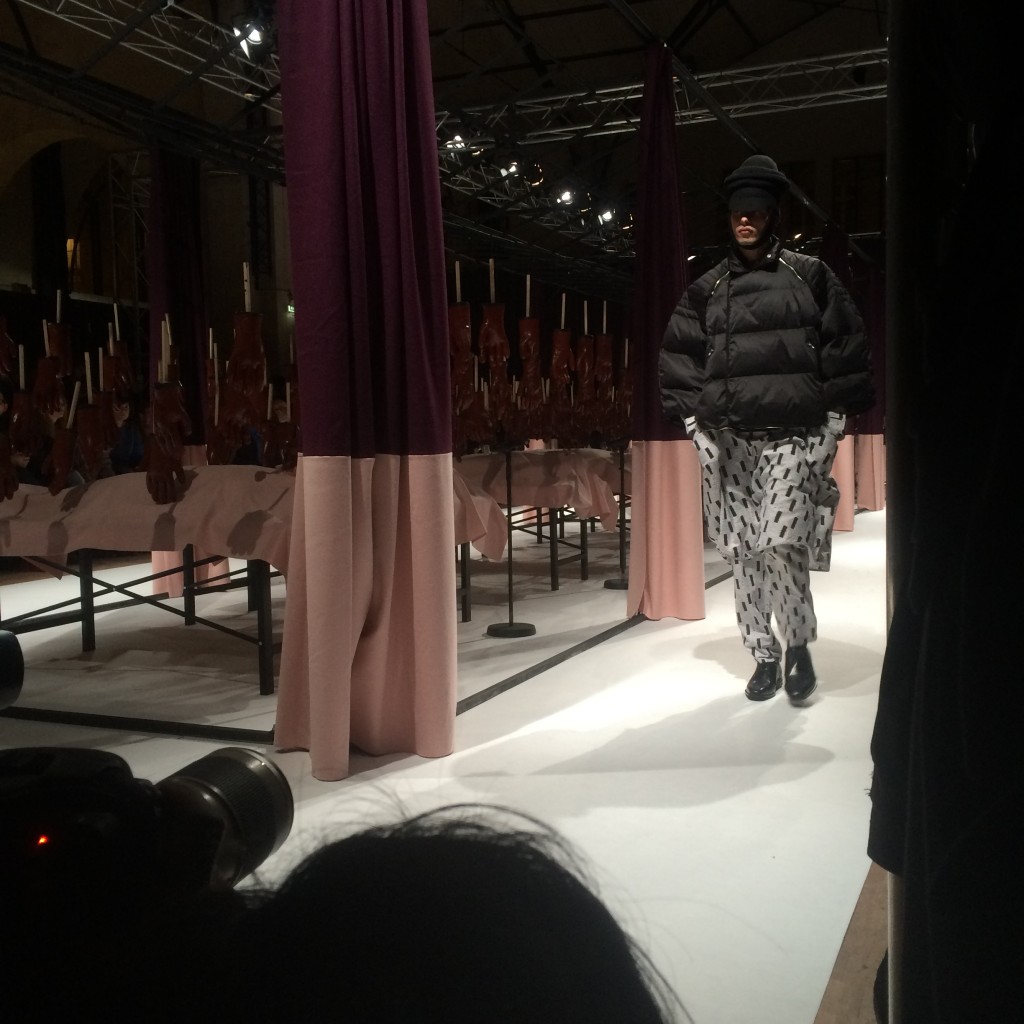 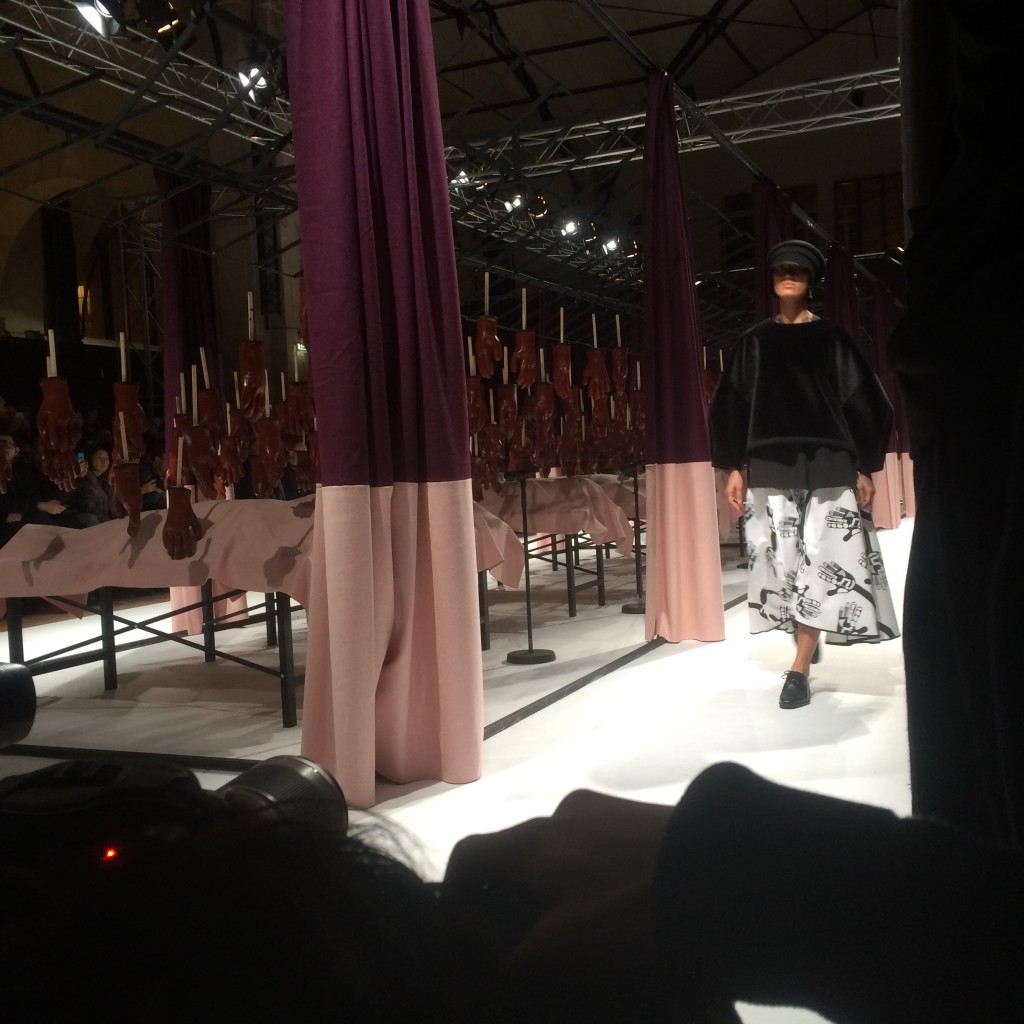 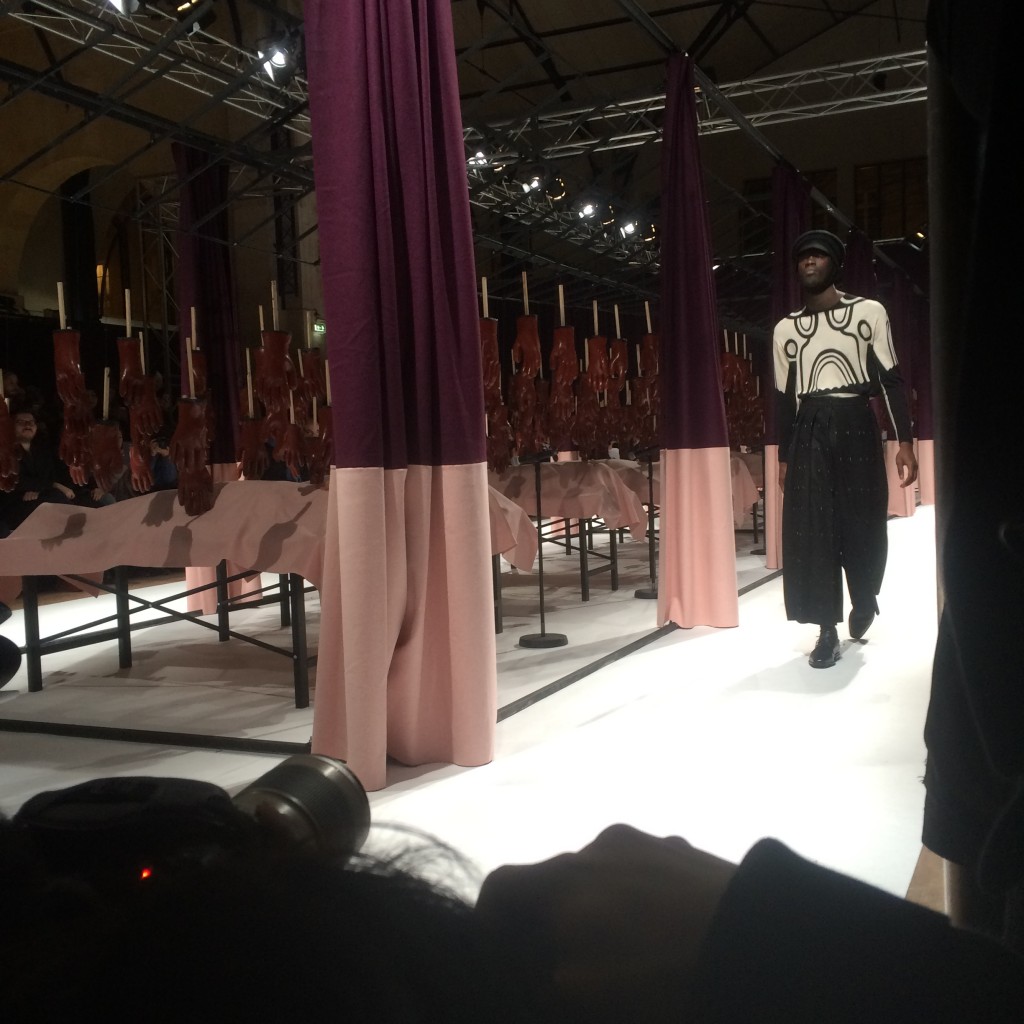 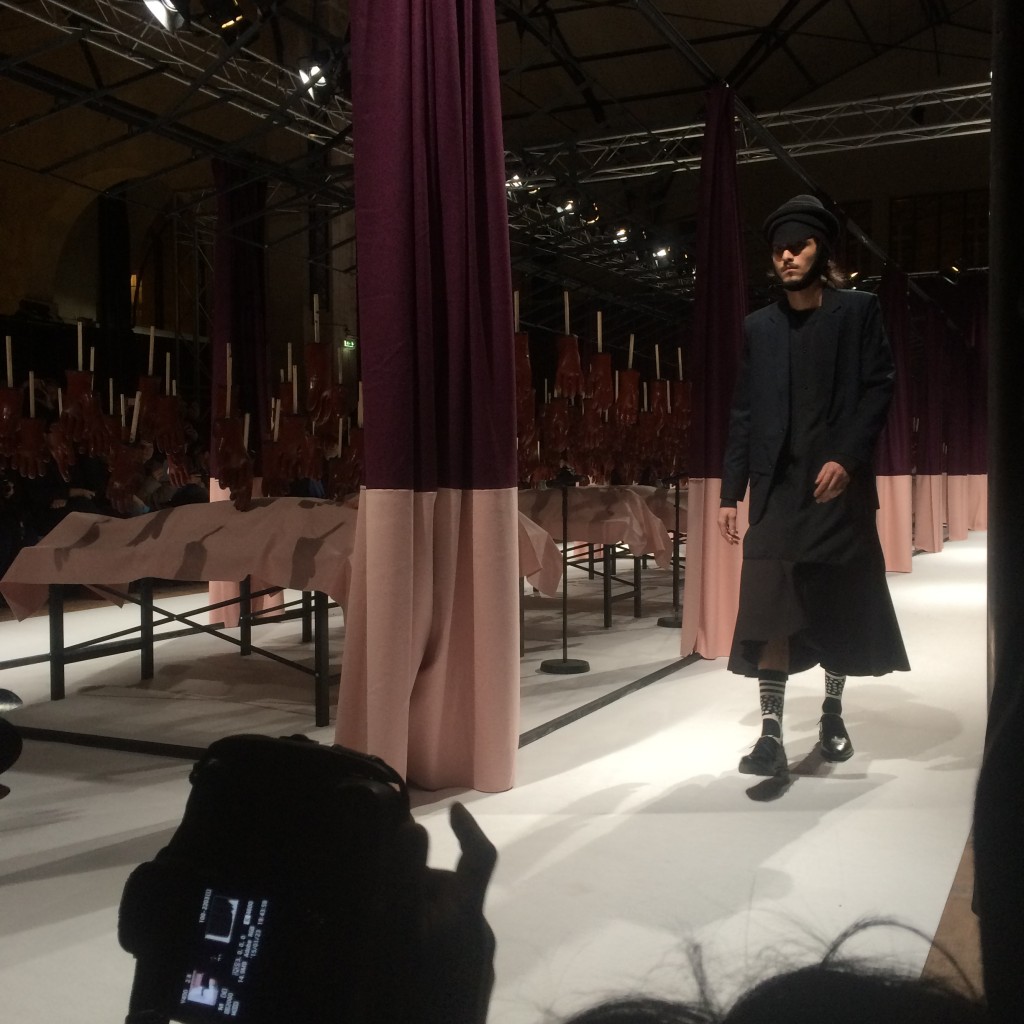 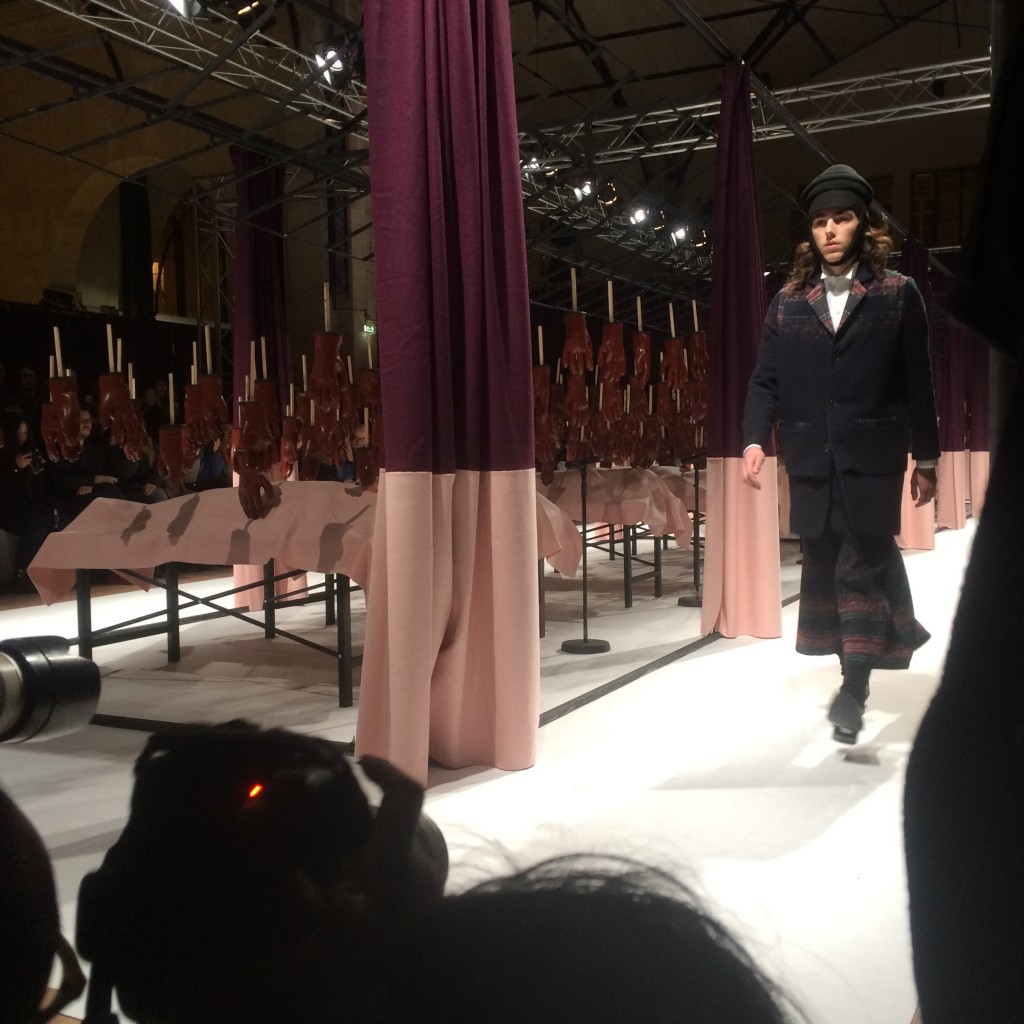 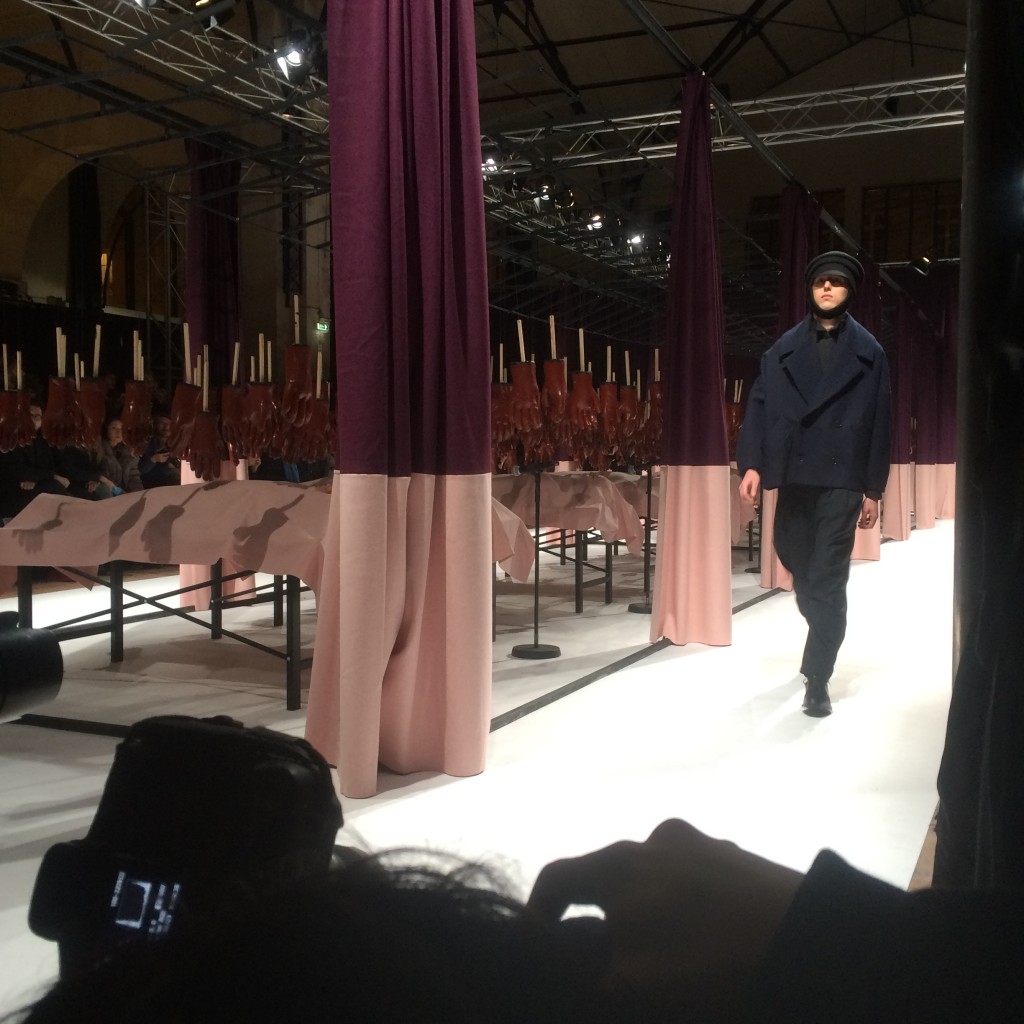 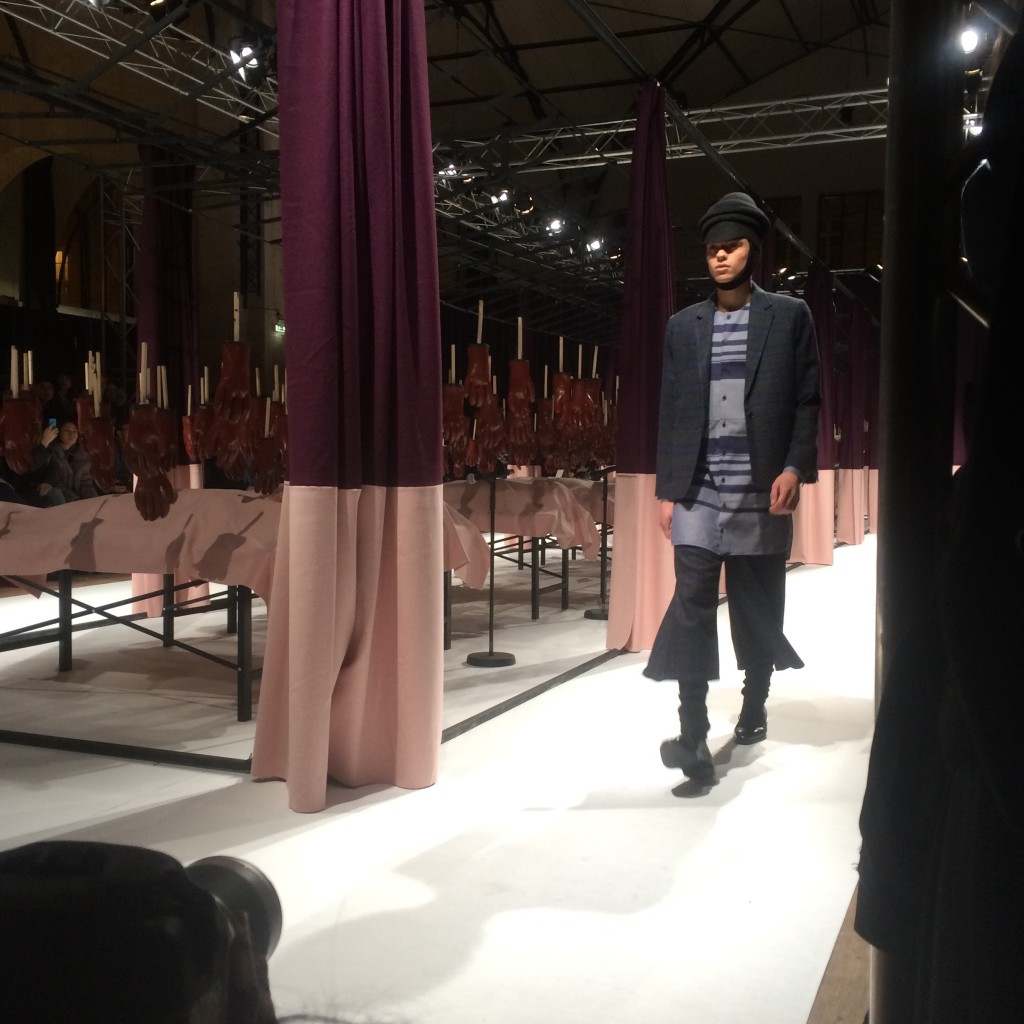 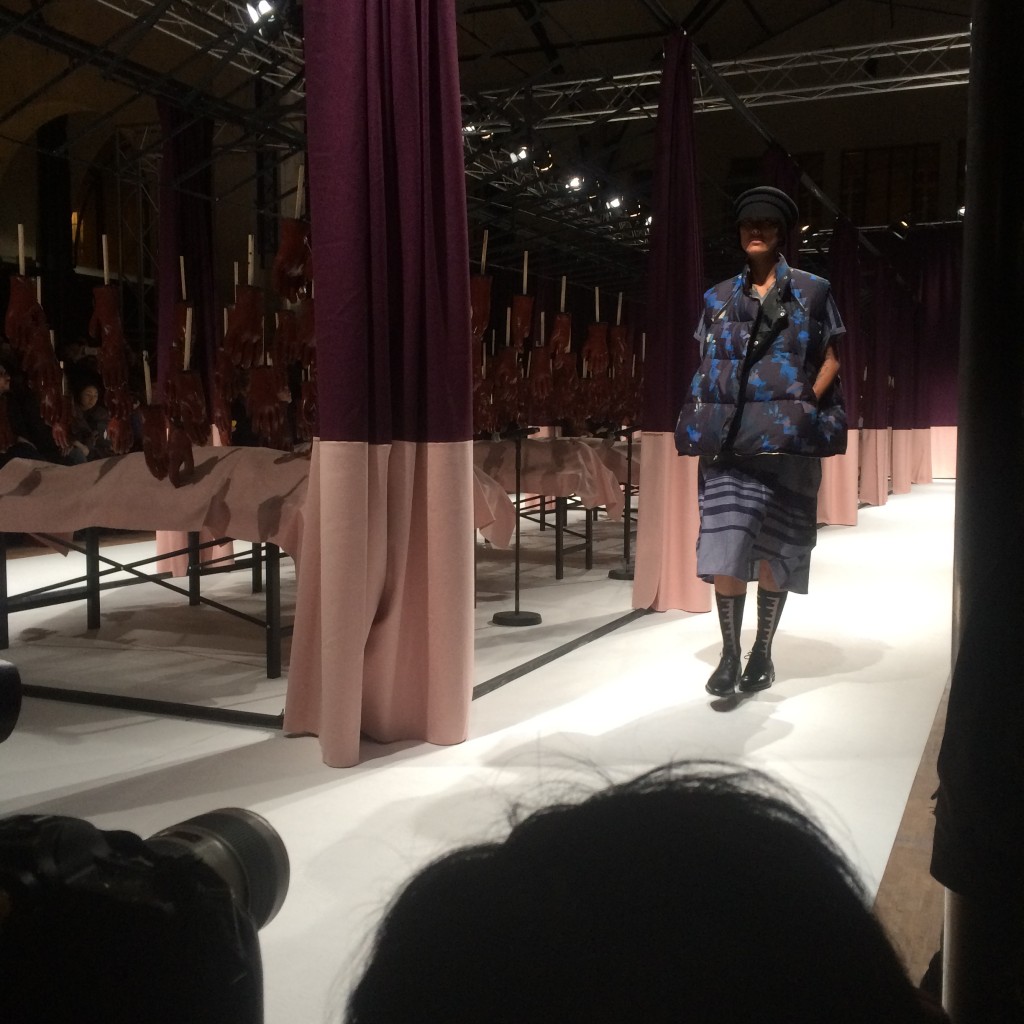 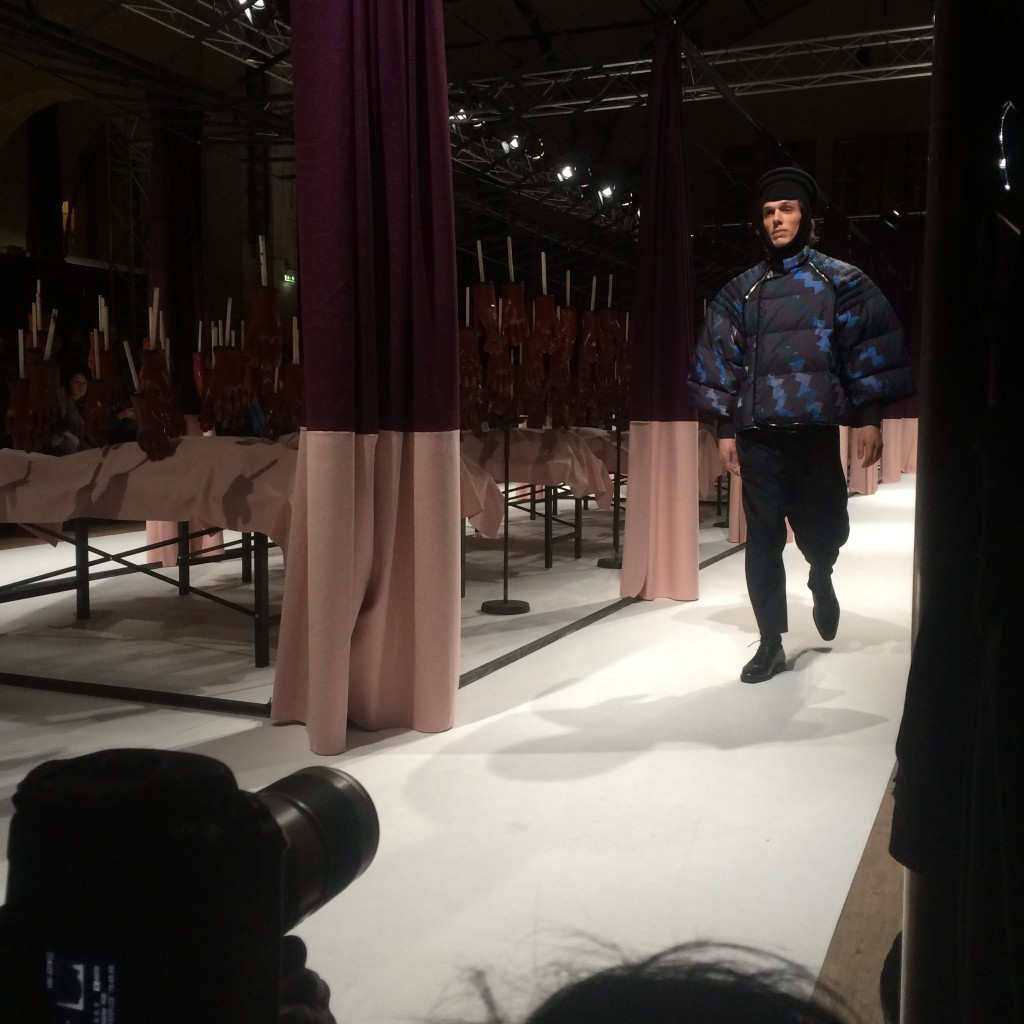 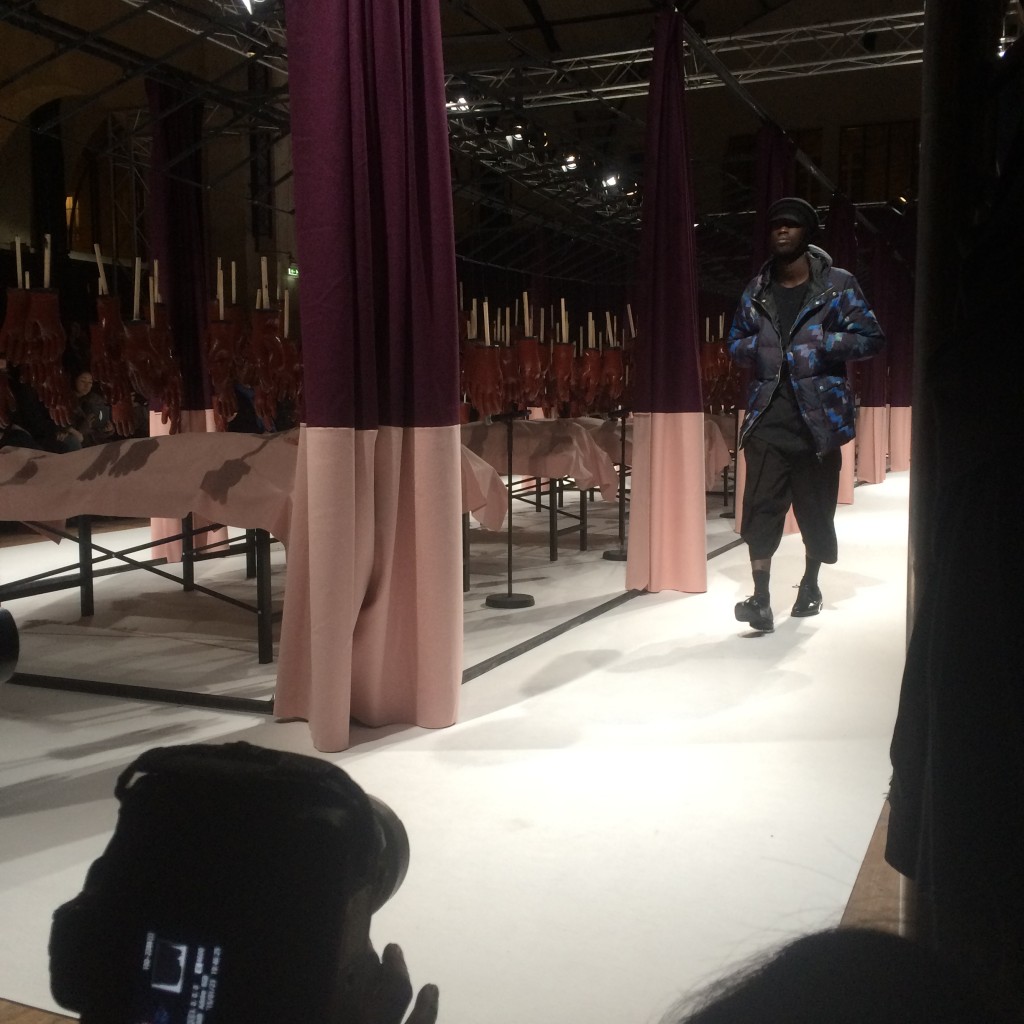 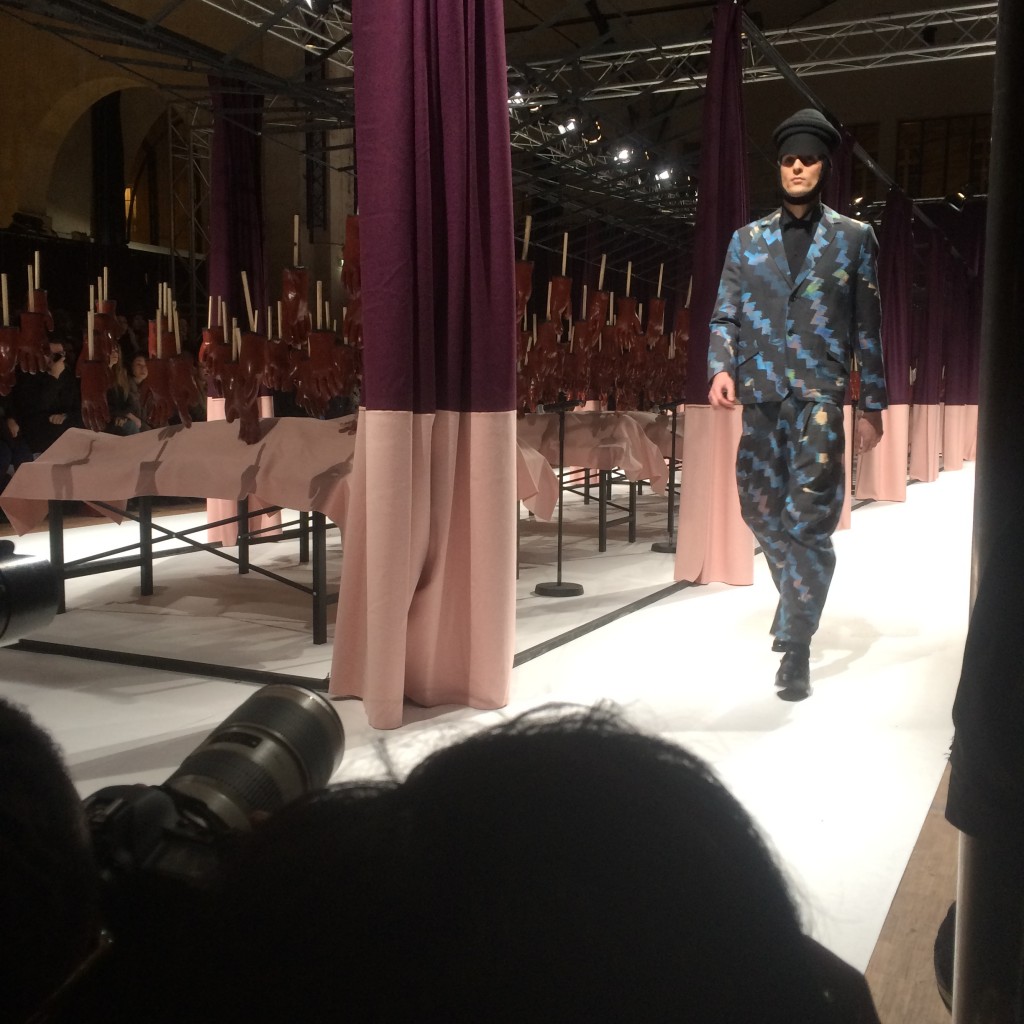 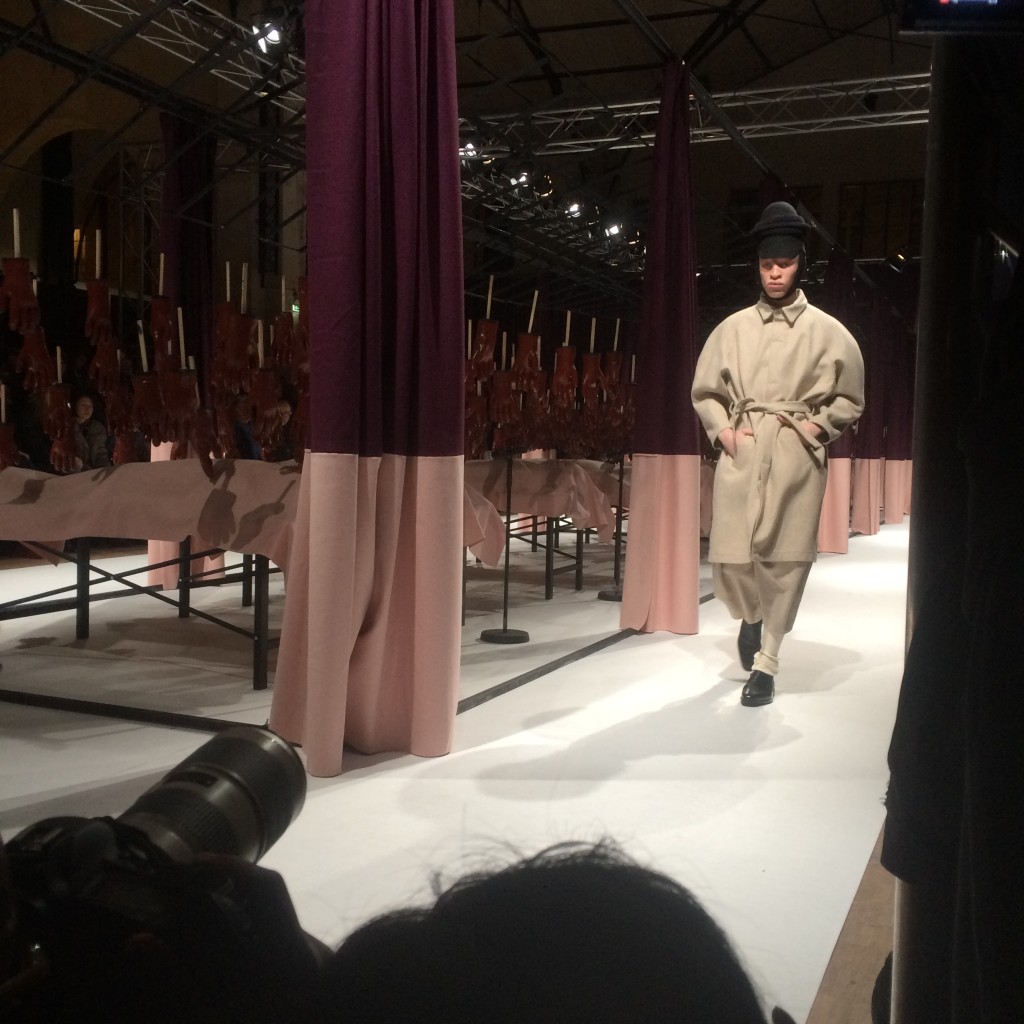 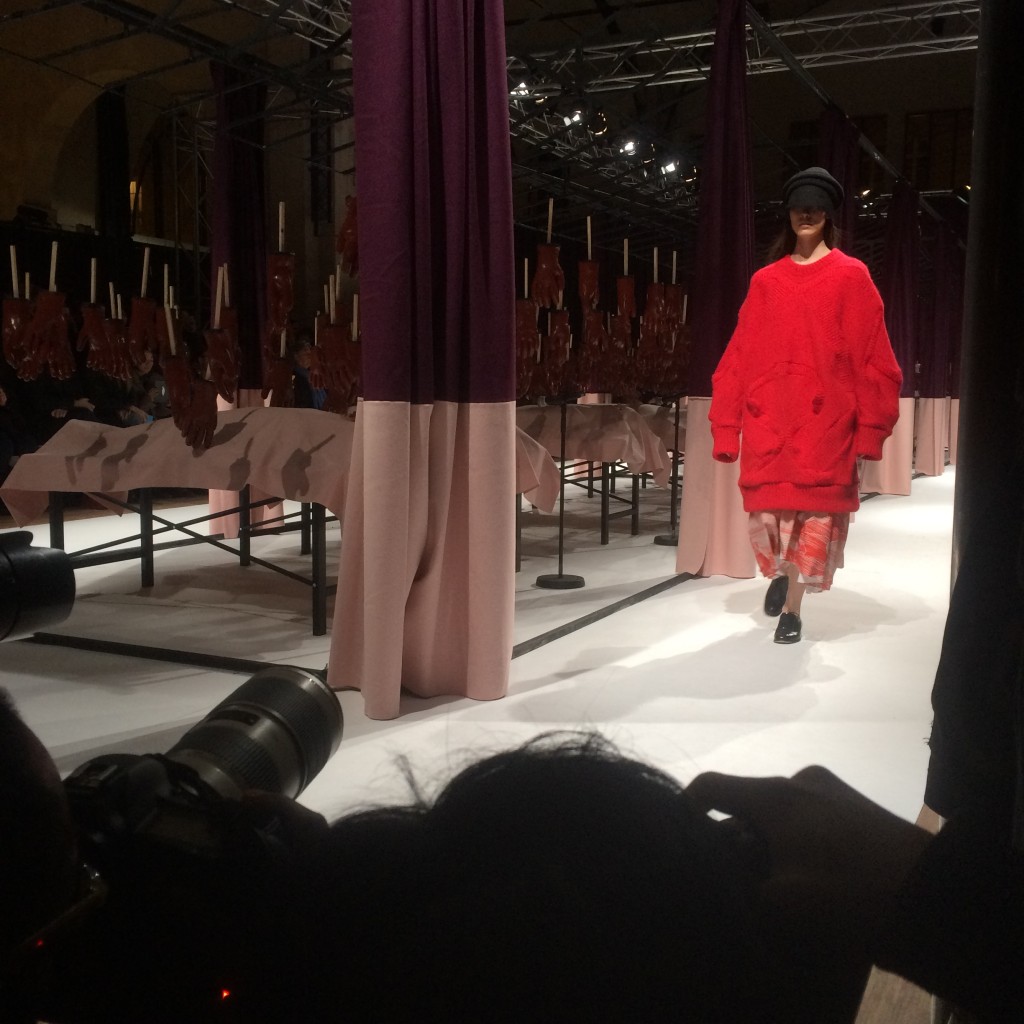 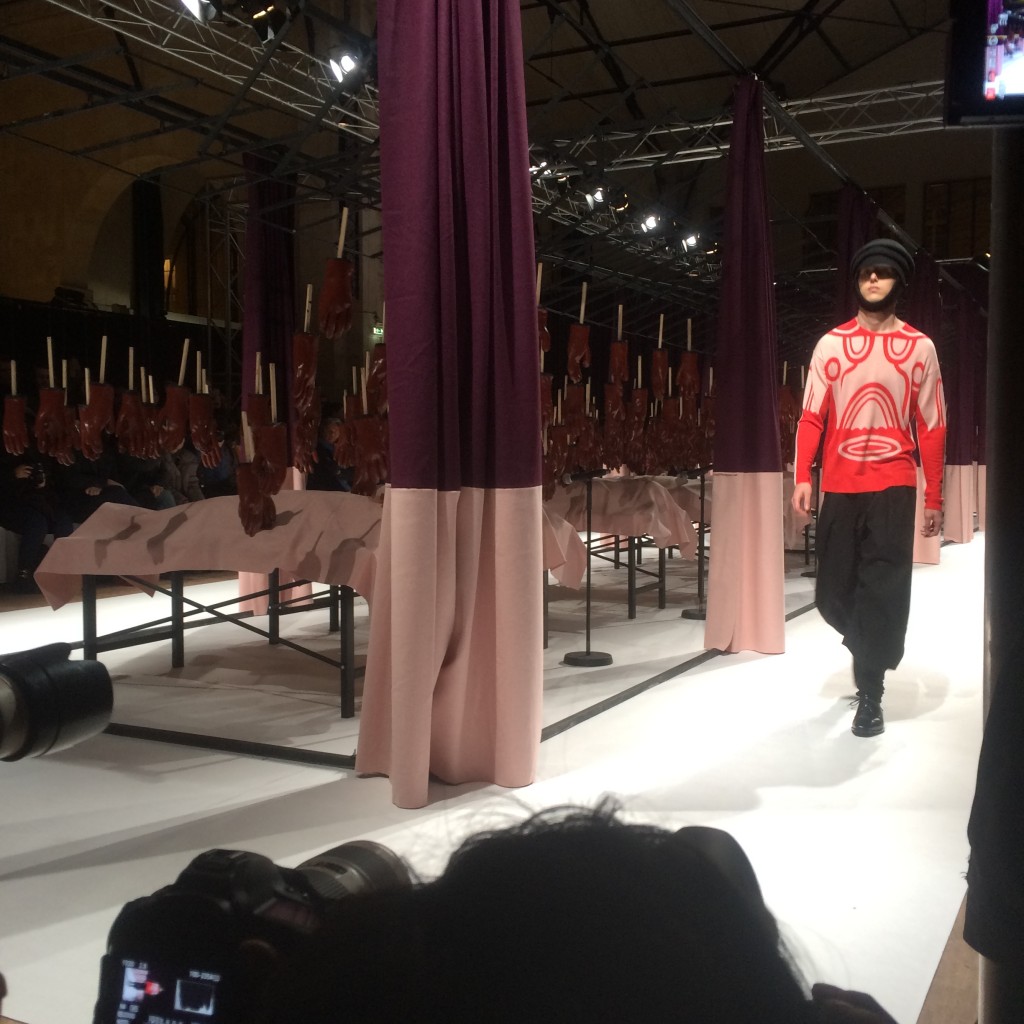 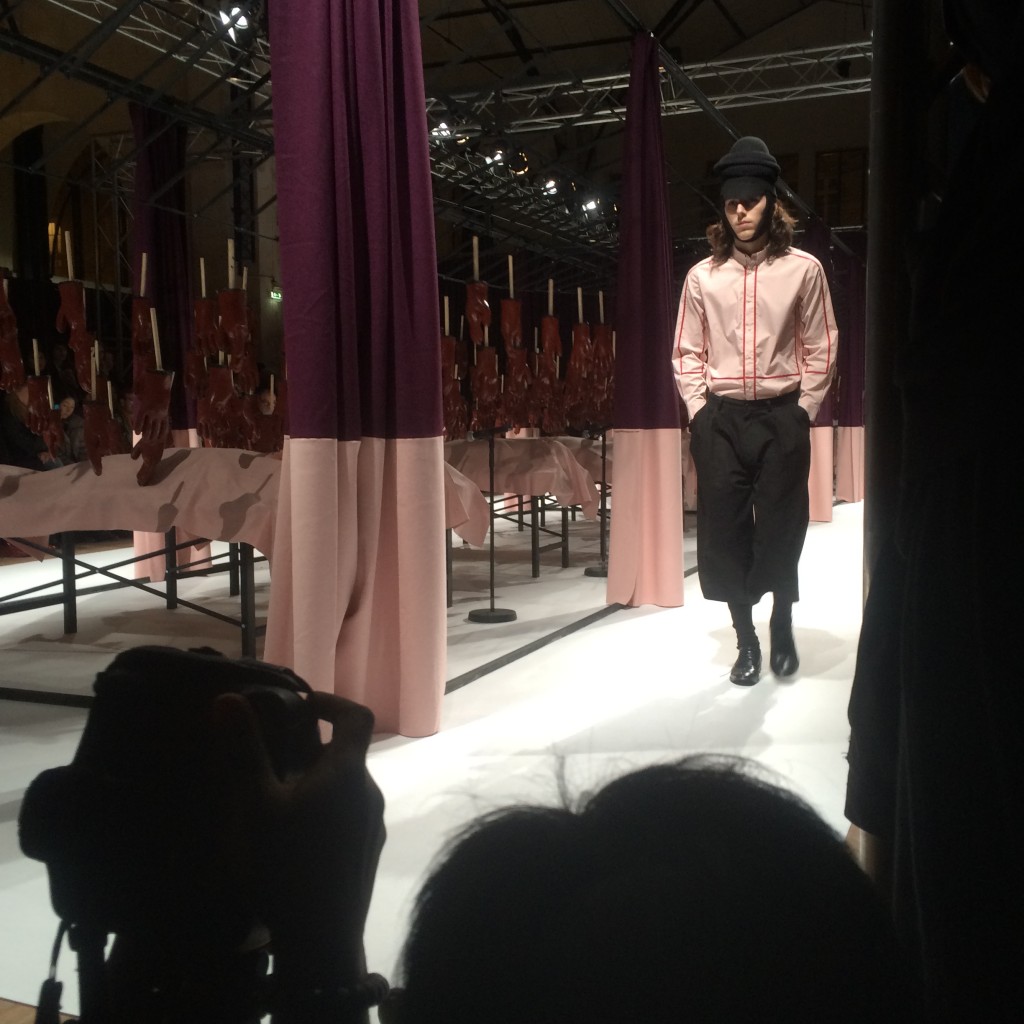 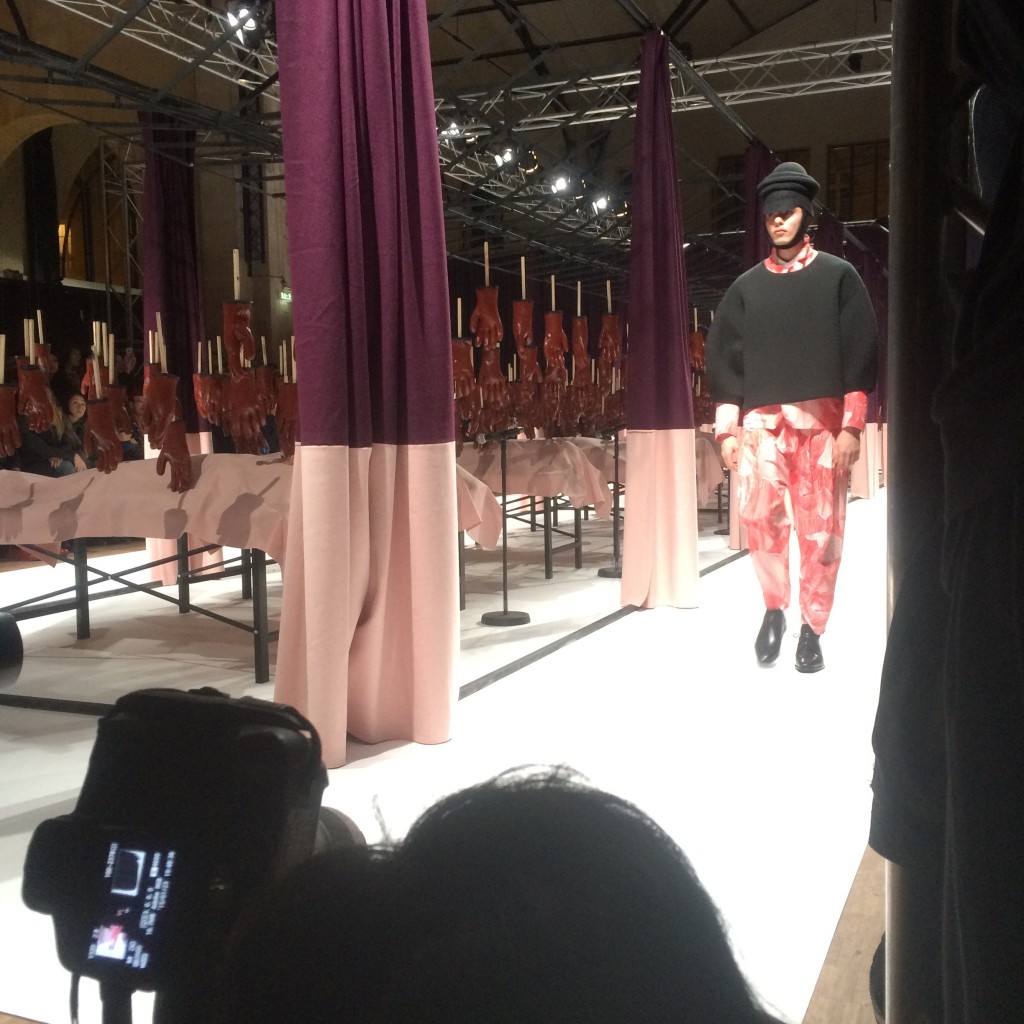 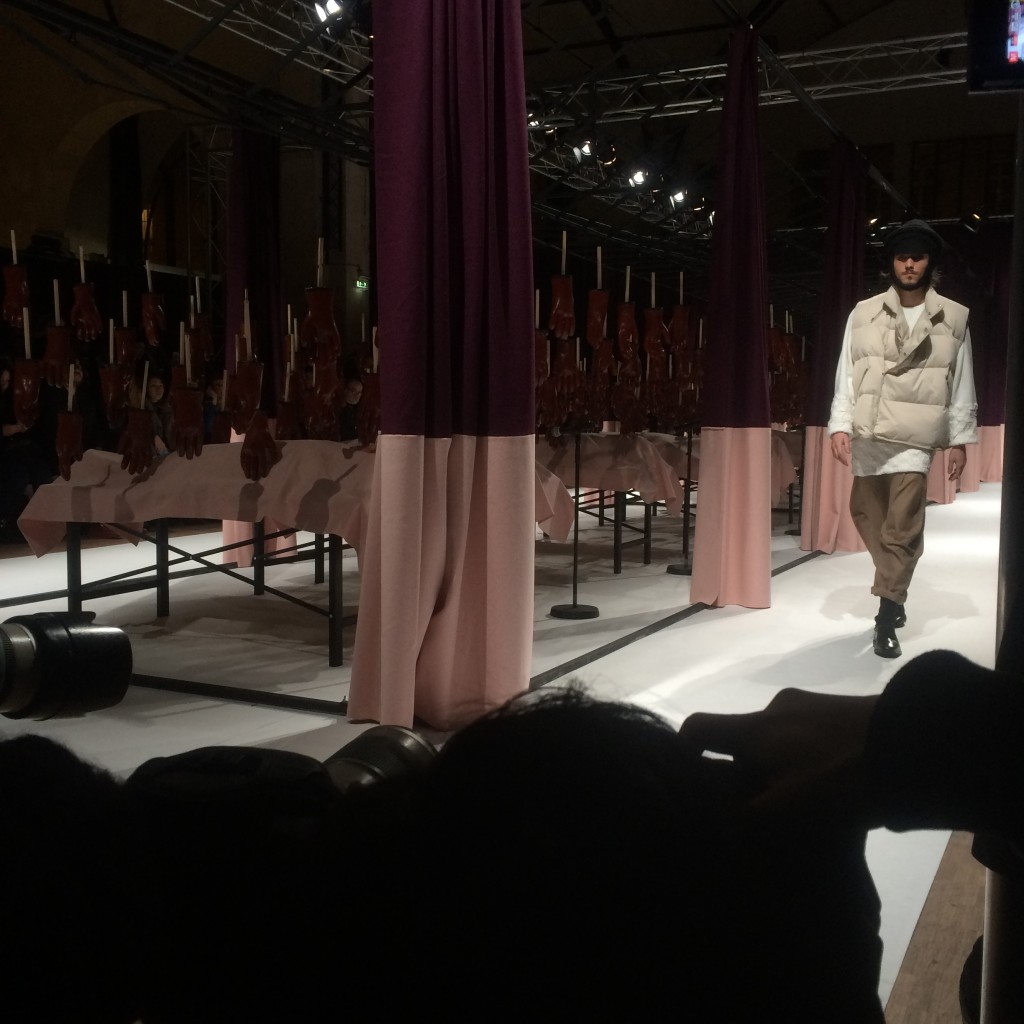 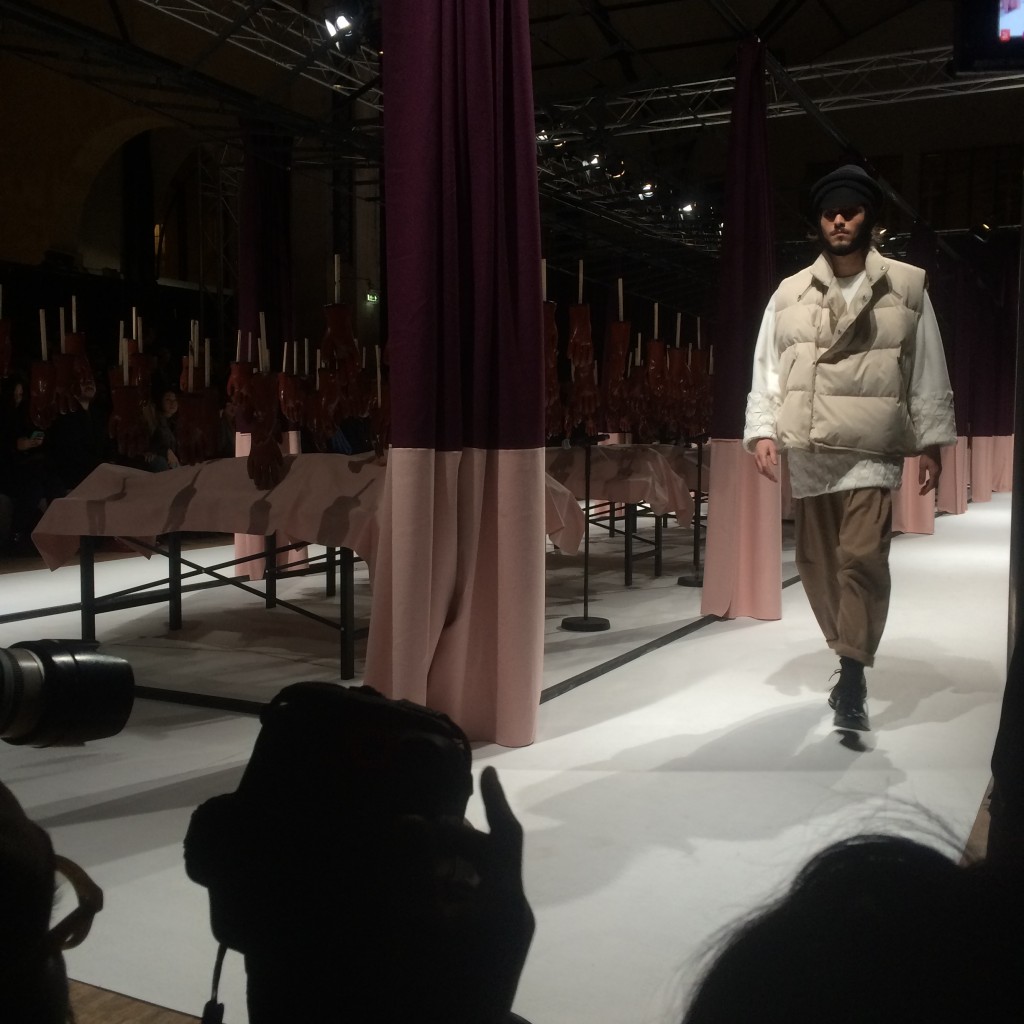 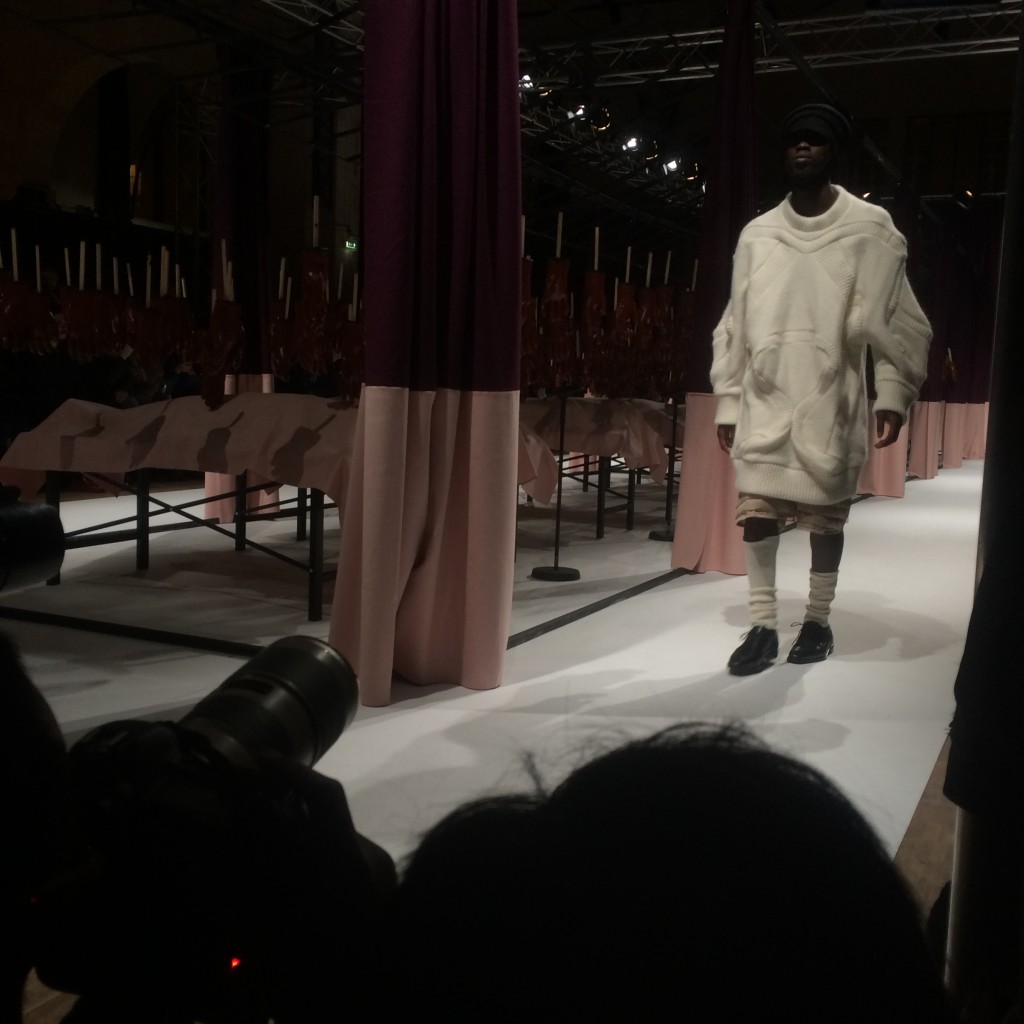 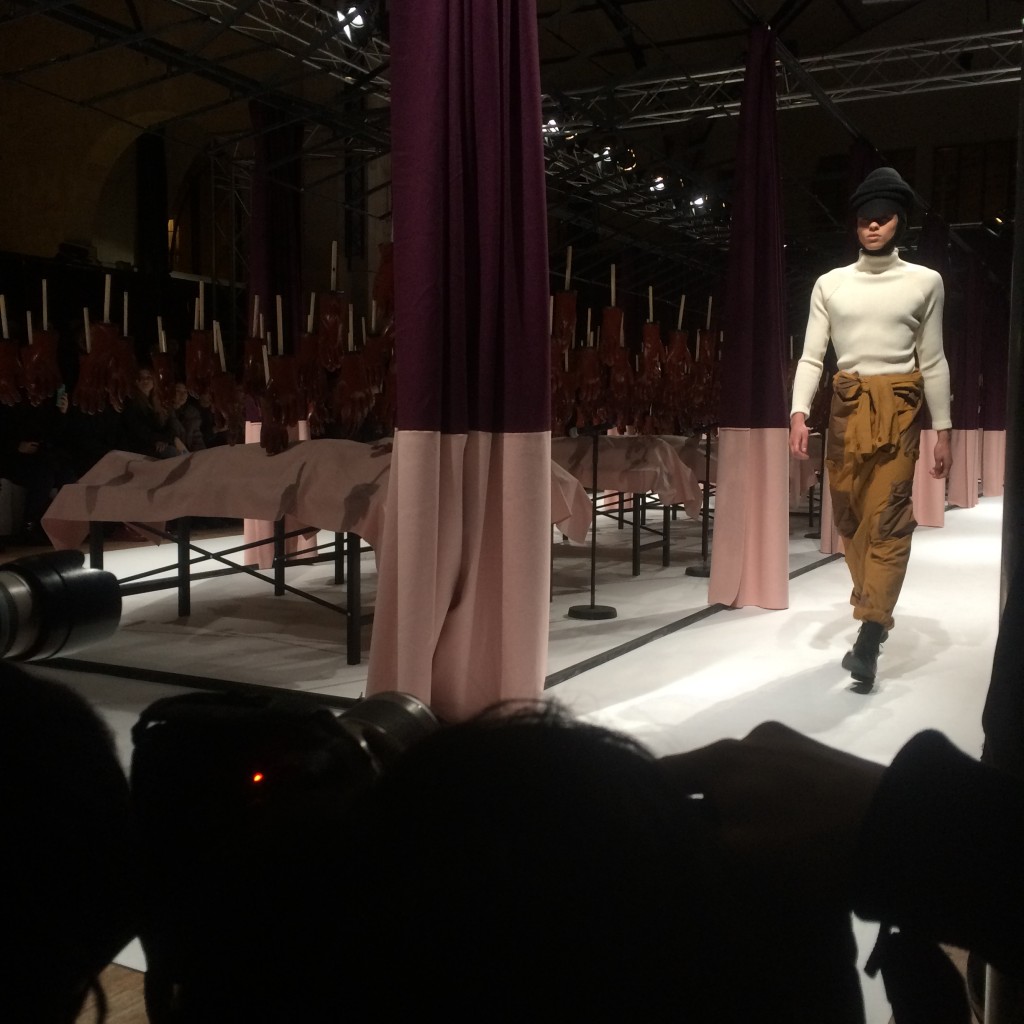 Keep your eyes peeled for more posts on Paris which will be coming very soon!

Following on from our exclusive Lou Hopper interview, I decided to reach out to other local Tattoo Artists. Here is my interview with Leni from…